On 13 October the Council of the EU published its mandate for negotiations with the European Parliament on new rules granting Europol influence over alerts in the Schengen Information System (SIS) based on data received from non-EU states. The new "information alerts on third-country nationals in the interest of the Union" are intended to increase the flow of information on non-EU nationals held in the SIS. The European Parliament is due to vote on its own negotiating mandate this week.

See: Proposal for a Regulation of the European Parliament and of the Council amending Regulation (EU) 2018/1862 on the establishment, operation and use of the Schengen Information System (SIS) in the field of police cooperation and judicial cooperation in criminal matters as regards the entry of alerts by Europol ‒ Mandate for negotiations with the European Parliament (Council doc. 12800/21, 13 October 2021, pdf) and preceding versions: 10862/4/21 REV 4 and 10862/1/21 REV 1 (pdfs)

The Council's text foresees a process in which non-EU states transmit to Europol information on 'persons of interest', on the grounds of their possible involvement in offences for which Europol is competent, as set out in the 2016 Regulation governing the agency. Europol would then propose to one or more member states that they enter an alert on that person (or persons); it would be up to the member states to decide whether to do so or not.

Concerns have been raised, including by Statewatch, that this process may lead to unreliable or incorrect information being entered in the SIS, due to Europol or the member states being unable to check its accuracy or validity. It may also provide a way for unscrupulous states to persecute political opponents, in the same way as has happened with various Interpol databases. As with the plan to grant Europol greater data-processing powers, the legislation would formalise existing practices.

When checks by national authorities lead to the discovery of a "hit" on one of the new "information alerts", they would be obliged to discreetly collect as much information on the individual in question as possible, which would then be transmitted to Europol. In particular, that information should include:

The Council's negotiating mandate is clear on the "discreet" nature of these checks:

"The executing Member State shall ensure the discreet collection of as much information described in paragraph 1 as possible during routine activities carried out by its national competent authorities. The collection of this information shall not jeopardise the discreet nature of the checks and the subject of the alert shall in no way be made aware of the existence of the alert."

Throughout negotiations within the Council, the member states have been keen to retain the right of initiative for their own authorities, in contrast to the Commission's original proposal, that sought to give Europol the power to enter alerts on its own steam.

The rules on the Schengen Information System are accompanied by another legal text that would significantly expand Europol's ability to process 'big data' using various novel technologies and techniques. The Council has not published its negotiating mandate for that text, although it was made public by Statewatch after it was agreed in June this year.

The European Parliament is due to vote this week on its preferred versions of the two proposals for enhancing Europol's powers (on SIS and on amendments to the 2016 Europol Regulation), following approval last week by the civil liberties committee - a move that Chloé Berthélémy, a policy adviser at European Digital Rights (EDRi), told Euractiv is in contradiction to a recent European Parliament resolution opposing the use of predictive modelling for law enforcement (pdf).

It remains to be seen whether the parliament as a whole will heed the concerns that a majority in the civil liberties committee cast aside. 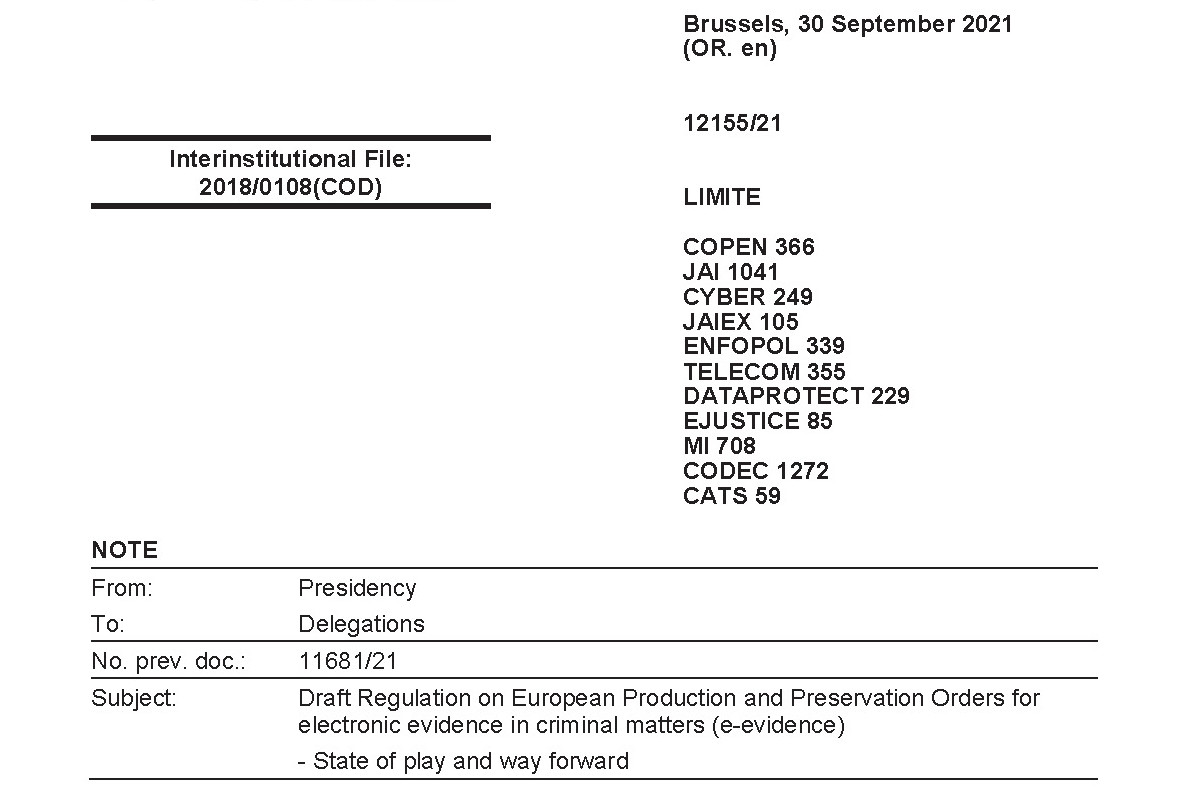