Statewatch has joined over 60 organisations calling on the Italian government to exonerate Mimmo Lucano, a mayor convicted to 13 years in prison for his support for people on the move. 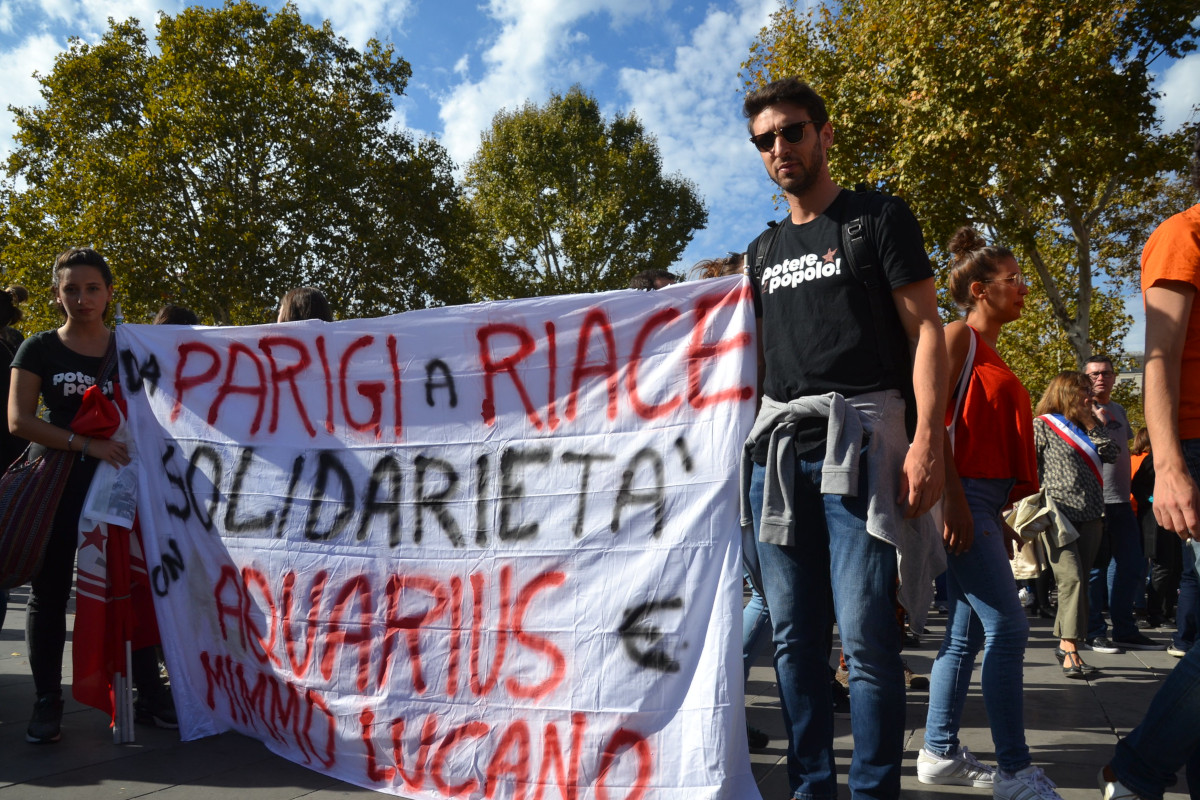 The Abolish Frontex network has written an open letter to the Italian Minister of the Interior, Minister of Justice, and President of the Ministers Council, signed by Border Violence Monitoring Network (BVMN), FragDenStaat, the Transnational Institute (TNI), and 60 more organisations, now joined by Statewatch.

The letter condemns the "shameful and unjust" sentence imposed on Domenico ‘Mimmo’ Lucano by the court of Locri, Italy, for welcoming and integrating migrants in Riace, the small town of which he was mayor.

Lucano was sentenced in September to thirteen years and two months in jail on charges of abetting illegal immigration, embezzlement, and fraud. Prosecutors for the case had requested an eight year sentence. Lucano plans to file an appeal.

The original letter can be found here, and is copied below.

As civil society groups and organisations, we were disgusted by the first-degree sentence given to Domenico ‘Mimmo’ Lucano by the court of Locri and express our full solidarity with Mimmo. The sentence is shameful and unjust and embodies the rightwing and racist migration policies that are being entrenched in Europe. We are calling on the Italian government and all concerned authorities to exonerateto exonerate Domenico Lucano immediately and to stop its hostile migration policies.

Mimmo Lucano’s actions as mayor were a lived, tangible example of life in solidarity. They demonstrated that inclusion, justice and social provision are possible and can reverse the tide of racism and xenophobia. His sentence doesn’t reflect justice, but rather shines in the light of racist political agendas which criminalise solidarity and fortify Europe’s walls.

Over 44,764 people have been killed by the militarised policies at the borders of Fortress Europe since 1993. Thousands more are brutally criminalised, repressed and oppressed after they reach Europe – every day is a struggle. EU Member States are using violent and illegal tactics to force asylum seekers back across their borders as part of operations funded by the EU. Evidence gathered by numerous reports reveal that migrants have been beaten and shot at in recent months during so-called “pushback” operations carried out by masked men in Croatia, Romania and Greece. This in addition to the infamous interceptions and pushbacks carried out by the so-called Libyan coastguard which is funded by the EU and trained by the Italian navy.

European states are failing to provide safe routes, shelter and other support to people on the move. They are failing to rescue people in distress and to address their own responsibility and complicity in forcing people to move. In camps, asylum centers, detention centres and on the streets, people on the move have organised themselves to protest against inhumane conditions, detentions and deportations and demand permission to stay, with safe, liveable future prospects. While the EU and European governments deny responsibility and refrain from serving International law, NGOs, activists and people like Mimmo Lucano step in and show solidarity in praxis. Europe is outsourcing its international obligations to civil society.

These protests are often met with state and police repression. Solidarity is often criminalised. Search and Rescue ships have been confiscated and crews have been arrested; as have other people supporting people on the move and taking action against Europe’s deadly border policies and institutions. Places squatted for shelter have been evicted, food and aid distributions at border crossings disrupted, uprisings in asylum and detention centers have been violently crushed, people have been put in isolation cells, have been denied medical and legal assistance and have been violently deported.

Europe is built on a history of colonialism, slavery, imperialism, extractivism and exploitation that continues today. The EU’s border policies institutionalise this violence, injustice and inequality. The EU and its Member States should take responsibility for this and build community not walls. The current course is not solving any issues but instead violently externalises them – as exemplified by Italy’s close cooperation and financial and material support for the Libyan coast guard, constantly guilty of violence and pullbacks against people on the move.

We stand in solidarity with people on the move and those who support them, unwaveringly. Everyone should be free to move and live – but no one should be forced to move. The militarisation of borders is not the solution. Other migration policies are possible and necessary, based on the analysis of the causes and responsibilities of forced migration, based on solidarity.

Free Mimmo and end the persecution of people on the move and those who support them. Solidarity will never be a crime.