A proposal published by the European Commission in December last year would make it legally possible to create alerts in the Schengen Information System (SIS) based on data received from non-EU states, in particular from foreign law enforcement and security and intelligence agencies.

Although alerts in the SIS are already being created on the basis of such information, the process is informal and lacks a clear legal basis – as with an accompanying set of proposals that seek to expand Europol’s remit, the aim is to legalise ongoing unlawful practices.

Under the December proposals, a new type of “information alert” would be introduced, described as:

Faced with such an alert, officials should seek to record information in SIS II on the person’s location, journey, travelling companions and luggage.[1]

The wording of the Slovenian Presidency’s proposals suggests that the alerts could be used not just to gather this information on suspected terrorists and serious criminals, but also on anyone deemed of interest.[2]

This new category of surveillance alert would sit alongside Article 36 alerts, which are intended to trigger “discreet checks, inquiry checks or specific checks” on persons. Other SIS II alerts on persons relate to those wanted for arrest or extradition, missing persons, and those wanted to assist with judicial proceedings (for example, witnesses).

With its December proposal, the Commission hoped to give Europol the power to enter alerts received from non-EU states in the SIS. This would have granted the agency indirect executive powers, as the alerts would have likely required national authorities to take some sort of action against individuals.

Member states were not happy with the substance of Commission’s plan, in part because it was not clear precisely what type of action they should have taken after searching the system and obtaining a ‘hit’ on an alert entered by Europol.

Papers previously published by Statewatch also cite the possibility of duplicating alerts held in Interpol systems, unclear “added value”, a murky division of responsibilities between Europol and national authorities, and even the possibility of opening the door to misuse of the SIS by third countries seeking to persecute their own nationals.

This final point boldly assumes that there is no way that could happen if it is only member states responsible for entering alerts. It should also be noted that such Interpol’s systems have already proven useful to states seeking to persecute their nationals overseas.

The Slovenian Presidency’s proposal puts the member states back in the driving seat, essentially maintaining the current process: foreign law enforcement or intelligence agencies transmit data on suspect individuals to Europol, which compiles a list and transmits it to EU member state authorities.

Member states would then decide whether or not to create an information or other type of alert with that data. They could also use it to supplement an existing alert. Precise procedures are to be determined by the member states themselves, and the Commission will adopt rules on “entering, updating, deleting and searching the data,” according to the Slovenian Presidency’s proposal.

(a) the fact that the person who is the subject of an alert has been located;

(b) the place, time and reason for the check;

(c) the route of the journey and destination;

(f) the circumstances in which the person was located.”

[2] “Member States may enter information alerts in the interest of the Union on third-country nationals in SIS for the purpose of informing end-users carrying out a search in SIS of the suspected involvement of those third-country nationals in terrorist offences or in serious and organised crime as listed in Annex I to Regulation (EU) 2016/794, as well as for the purpose of obtaining the information set out in Article 37b” (emphasis added). 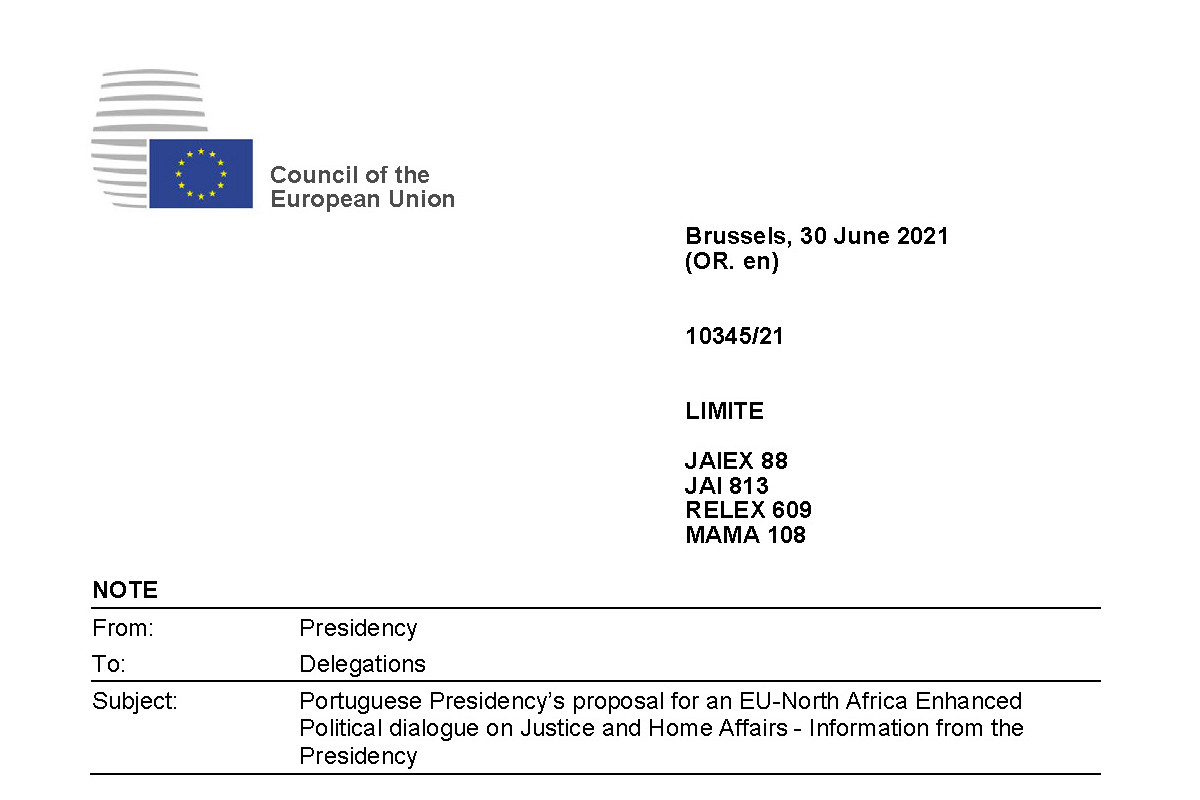