The draft declaration (pdf) is part of the "gradual approach" to the Pact on Migration and Asylum introduced by the French Presidency of the Council earlier this year. It states that:

"...the following common criteria need to be followed in order to ensure the predictability of the mechanism:

– relocations should primarily benefit Member States confronted with disembarkations following search and rescue operations in the Mediterranean and Western Atlantic route and also apply to other situations to take into account Cyprus’ current situation or possible evolutions in the Greek islands;

- relocations should primarily apply to persons in need of international protection, giving priority to the most vulnerable ones;

– to ensure the predictability of the mechanism, a total annual relocation volume will be set;

– each contributing Member State should present a relocation pledge on the basis of an indicative target number of relocations based on the population and the GDP, while maintaining the possibility of going beyond this share;

– in case of situation of disproportionate pressure on a Member State and its reception system due to secondary flows, taking into account the state of cooperation under the Dublin system, this Member State should be able to invoke it to temporarily reconsider its relocation commitment" [emphasis added]

However, member states that do not want to relocate refugees will be able to make "a financial contribution to a benefiting Member State, or also to projects in third countries that may have a direct impact on the flows at the external border".

We need your support to keep Tracking the Pact

The draft declaration was circulated alongside a progress report (in French, pdf) on the "first stage" of the French Presidency's proposed "gradual approach" to the Pact on Migration and Asylum, of which the first section is dedicated to "operationalisation of the external dimension".

Here, the Presidency notes that work with the priority countries identified by the Council has "focused first on the prevention of departures and the fight against migrant smuggling, in particular the cooperation of the Frontex agency directly in the countries of departure," with status agreements between Frontex and Senegal and Mauritania likely to be up for negotiation soon.

Nor is it only member states who will be contributing to the efforts to externalise the EU's migration control policies - the report notes that "a major financial effort is expected from the European budget" on "the regional 'Team Europe' initiatives on the Mediterranean and Atlantic migratory routes," due to be formally launched on 21 June. (The use of EU budgets for the externalisation of migration control was examined in a recent Statewatch/Transnational Institute report available here.)

Non-financial assistance will also be possible under the voluntary solidarity mechanism:

"...the Member States wishing to contribute may provide... support in terms of services, personnel, facilities (in fields such as reception, border surveillance, control, detention and return); this material solidarity will be counted as financial solidarity in line with the needs assessed by the Commission".

The Presidency's progress report covers four other topics alongside externalisation and the relocation mechanism: 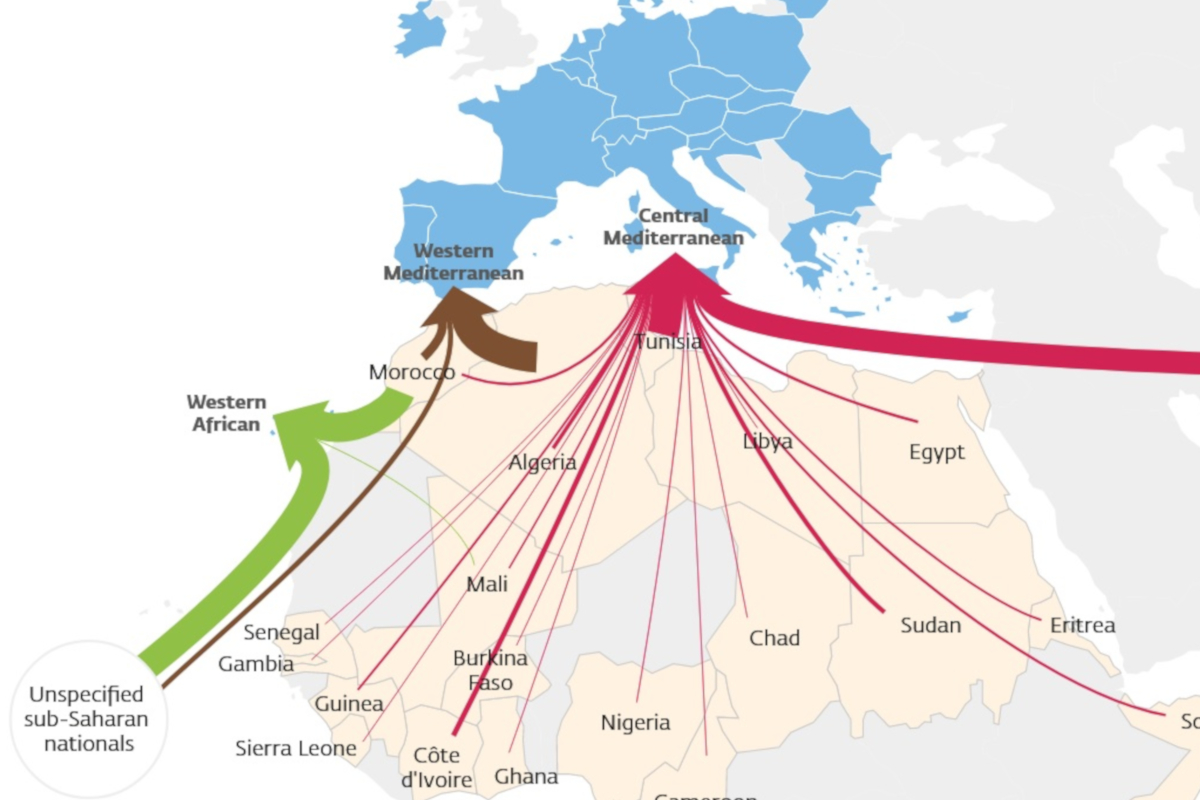