The document circulated last week opens with a brief explanation of the Council's decision-making process, and goes on to note changes made to the Commission's original proposal:

"4. A number of modifications were made in the text concerning the moment and type of collection and transmission of data to the Central System, and conditions were added for access of Member States’ asylum authorities to the Entry/Exit System. The text also includes changes enabling to delink Eurodac from the other proposals of the asylum package that are under negotiation. Consequently, references to the other proposals were replaced by references to existing legislation.

5. In the framework of the discussions on the gradual approach to the Pact on Migration and Asylum, with the aim of finding an overall balance of the proposals within its first stage, the category of persons disembarked following search and rescue operations was reintroduced, while also allowing a longer period for the transmission of data for this category of persons in the event of a sudden influx. In addition, a new category of beneficiaries of temporary protection was included, with the understanding that this modification will not apply to persons displaced by the war in Ukraine, given that their registration is handled by the platform designed by the Commission and eu-Lisa."

"7. Based on the above, the Presidency considers that the compromise represents a fair and balanced approach taking into account views expressed by the Member States...

8. In view of the above, Coreper is invited to agree on the text of the amended proposal for the Eurodac Regulation as set out in Annex to this note, with a view to granting a mandate authorising the Presidency to start negotiations with the European Parliament. It is to be understood that this mandate will complement the mandates that had been granted already on the 2016 proposal, on the basis of which negotiations with the European Parliament were carried out by previous Presidencies."

Help us keep Tracking the Pact on Migration and Asylum

Become a Friend of Statewatch! 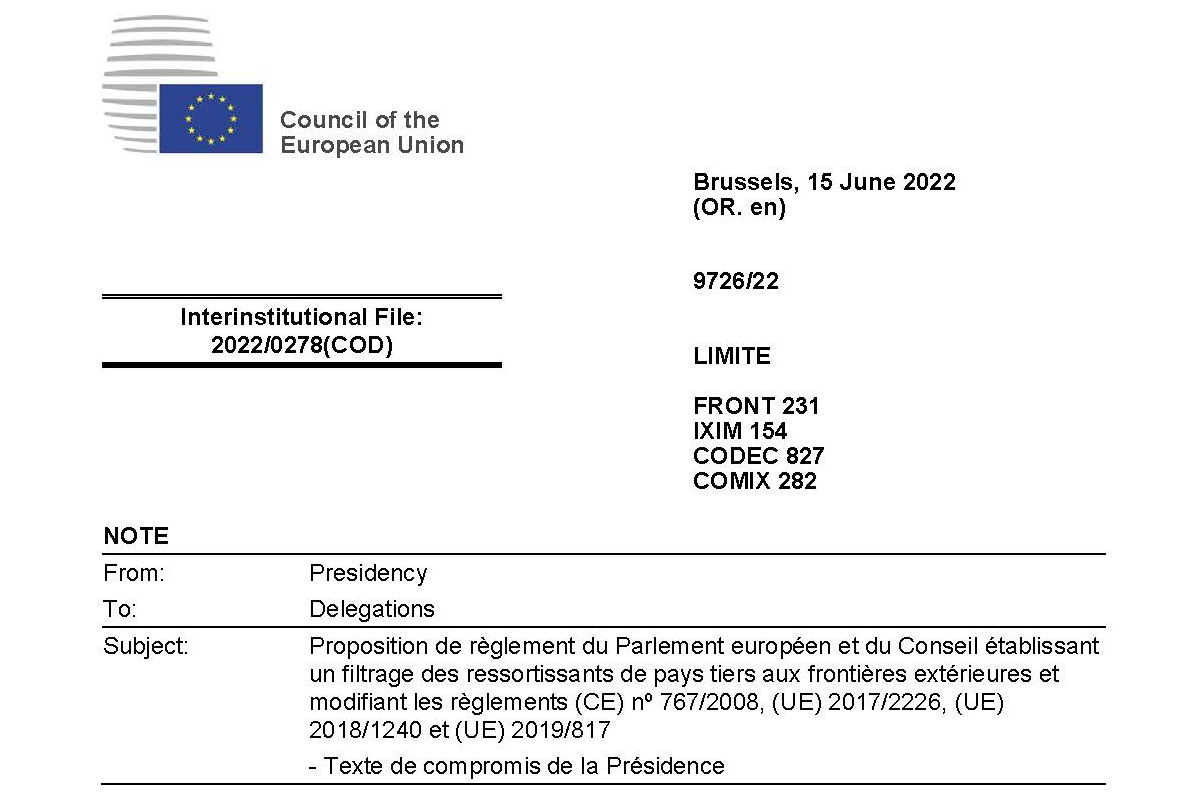