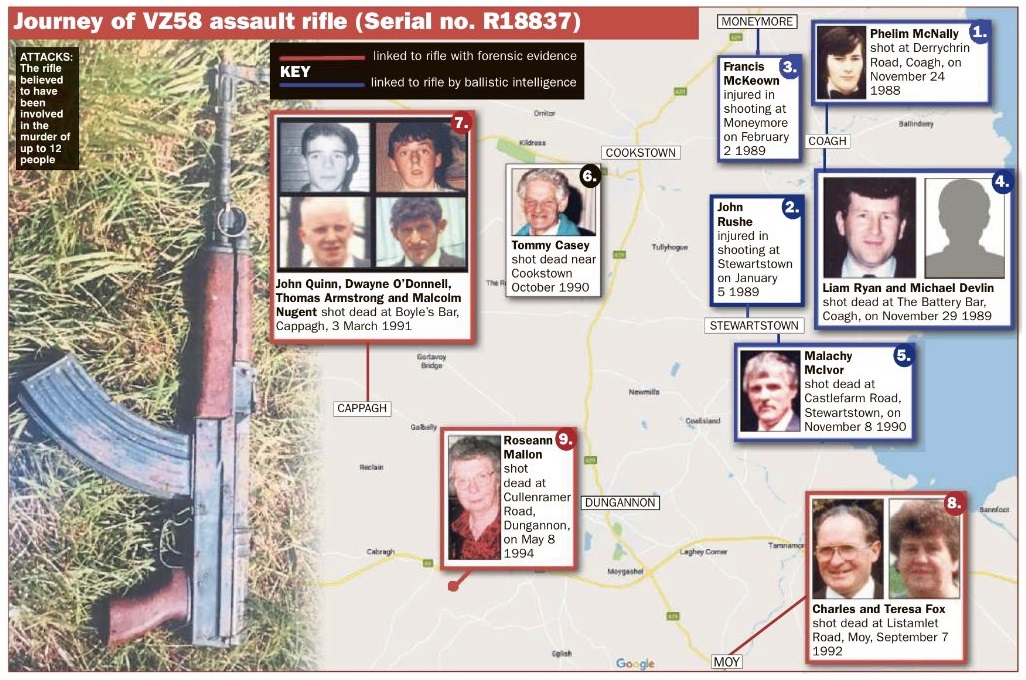 The Irish News reported on 8 March that the history of the weapon had been pieced together following disclosures made at the inquest into the death of Roseanne Mallon, who was murdered in 1994 by the Ulster Volunter Force.

Information published by the Historical Enquiries Team, which was set up by the Police Service of Northern Ireland (PSNI) to investigate the 3,269 unsolved murders committed during the 'Troubles', between 1968 and 1988, also helped the paper work out how and where the gun had been used.

The report alleges that "British intelligence agents were involved in the plot or aware of the shipment" that led to the rifle arriving Northern Ireland, and that it is believed members of the military were involved in a number of the subsequent killings.

A report in the paper says:

"While several of the attacks attributed to the weapon were initially blamed on the Protestant Action Force, a cover name for the UVF, the majority have been directly linked to the organisation.

It is also suspected that some members of the UDR [Ulster Defence Regiment, a British Army regiment that existed from 1970 to 1992] based in Co Tyrone were involved in a sustained sectarian campaign carried out in the area at the time.

The Czech-made rifle was one of two similar weapons used to kill four men - three of them IRA members - at Boyle's Bar in Cappagh, Co Tyrone, on March 3 1991.

A Historical Enquiries Team (HET) report into the killing of Mr O'Donnell, releaed by the PSNI last year, revaled that three part-time UDR members were amongst four suspects arrested in December 1991."

They were later released without charge, but the HET has raised concerns on a number of occasions that members of the UDR were involved in sectarian killings.

The Irish News cites a 2012 HET report that said it believed there were "probably four or five cases where UDR soldiers are linked to killings."

Relatives of those killed and campaign groups are now calling for a new investigation into the activities of the UDR in East Tyrone.

"Far from thwarting the activities of loyalism, which is routinely cited, this period saw a new phase of a state policy of using loyalism to target republicans and terrorize nationalists." 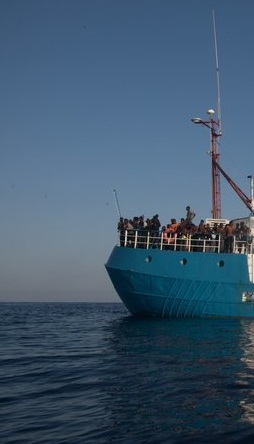