In numbers: a growing role for the agency 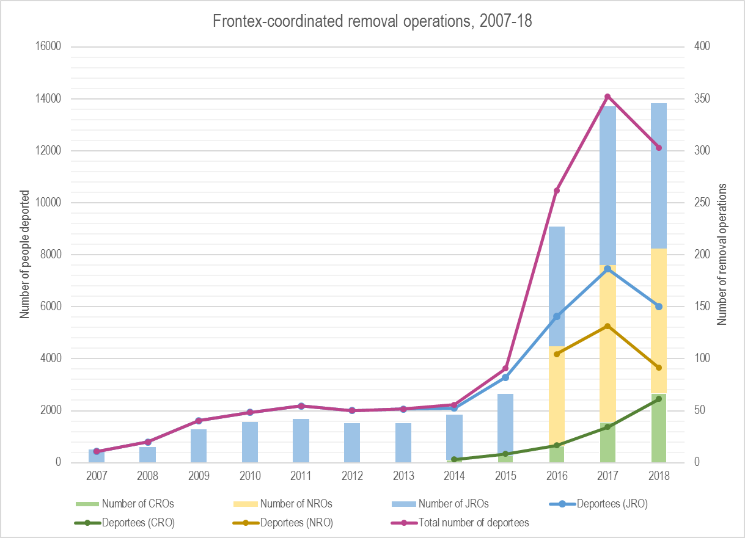 In comparison with the number of expulsions carried out by EU states in total, Frontex’s contribution is small, but it has grown significantly in recent years. Between 2009 and 2014 the number of people removed by the agency (an average of around 2,000 annually) hovered around 1% of the total. In 2015 it grew to 2% (over 3,600 people), in 2016 to 4% (nearly 10,500), and in 2017 and 2018 rose to 7% of the total (over 14,000 and over 12,100 people per year, respectively). This proportional increase may be explained in part by the decrease in the total number of non-EU nationals deported in the last three years, but the total number of people removed on Frontex flights has increased massively over the same period.

The agency’s budget for financing deportations has grown significantly between 2009 and 2019, both in absolute terms and as a percentage of the agency’s total budget (although data is unavailable for some years). Planned expenditure for 2021-27 dwarfs previous years, even though it begins to decline towards the end of that period as a percentage of the planned total. The Commission’s initial proposal for the EU’s 2021-27 budget aimed to increase annual funding for removal operations by more than 400% in just five years, from just over €63 million a year in 2019 to €277.5 million from 2024 onwards, which would allow the agency to assist with the deportation of 50,000 people annually.[2] This is likely to change as negotiations over the EU budget continue (the Council has proposed a series of significant reductions to the Commission’s proposal) but the intention is clear – a massively-expanded budget to make use of Frontex’s massively-expanded powers. 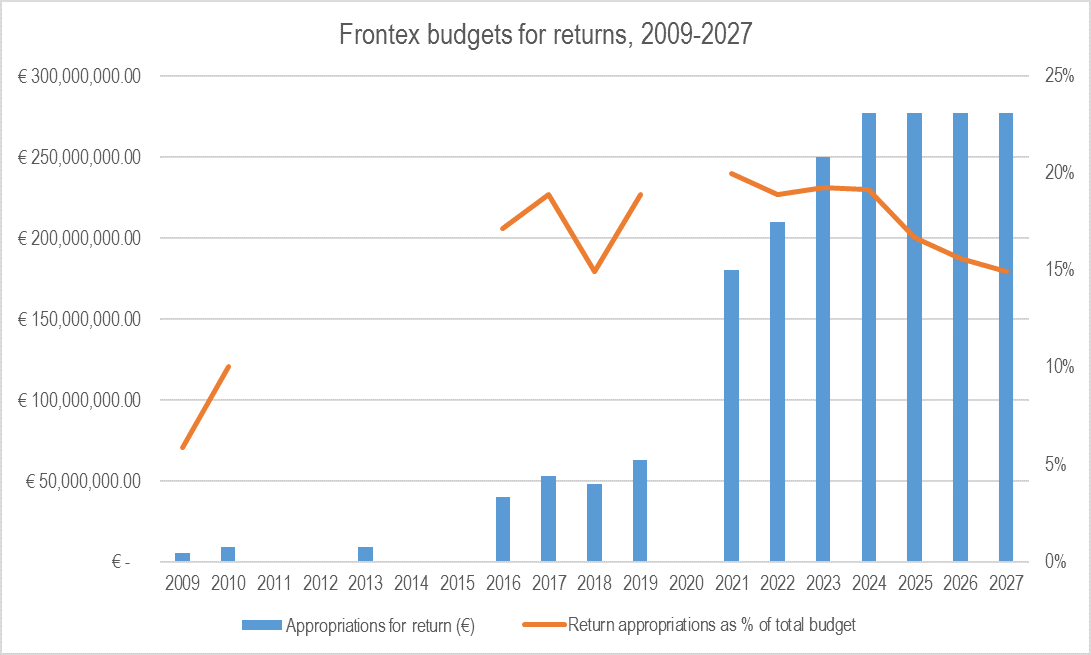 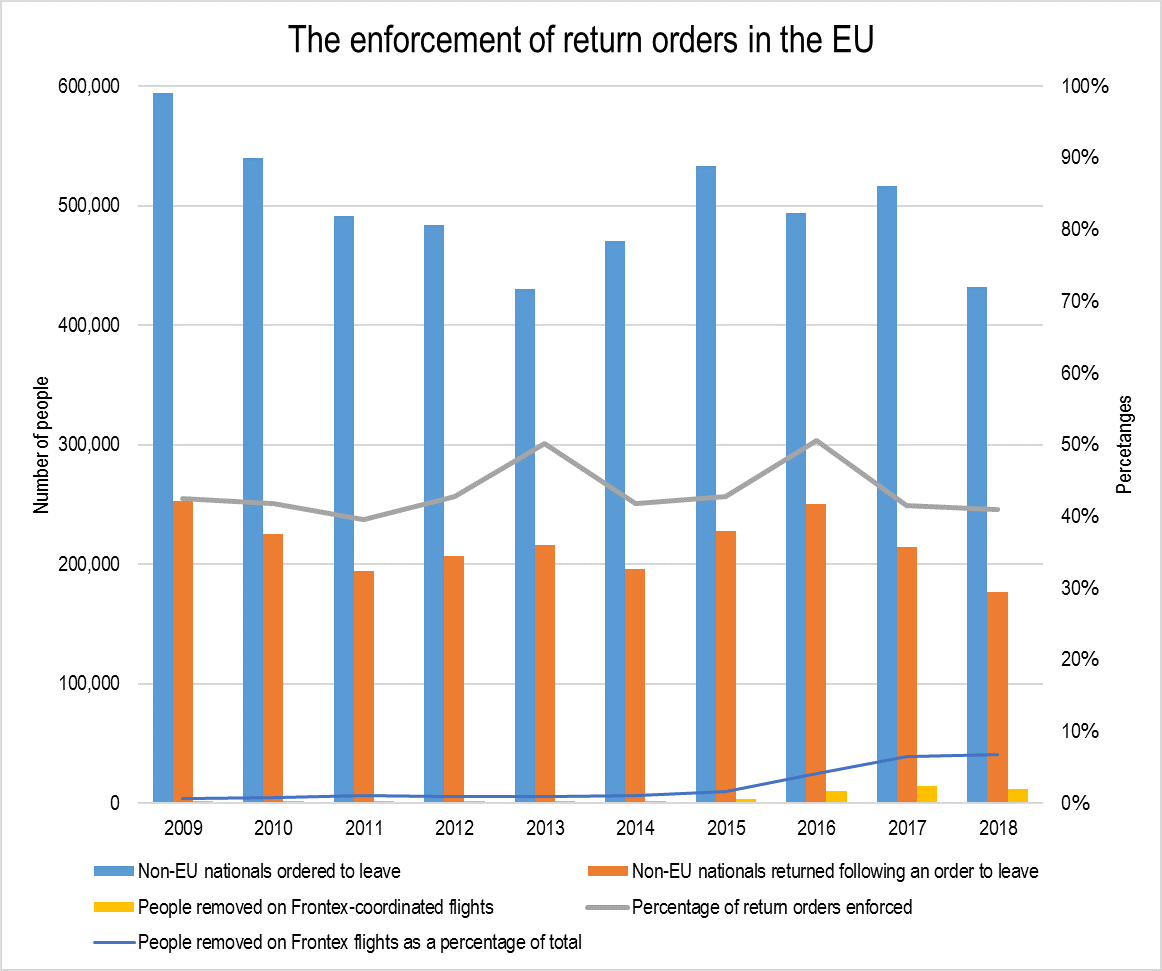