The appeal is also available in Arabic, French and Italian (pdfs).

The system based on the Italy-Libya Memorandum has not led to any significant improvements in the Libyan situation. On the contrary, it demonstrated the impossibility of guaranteeing effective access to protection for migrants stranded in Libya.

In early October, the Libyan government carried out raids and random mass  in Tripoli neighbourhoods. Many foreign nationals were arrested including people officially registered by UNHCR and those in particularly vulnerable situations, such as minors and pregnant women.

The foreign nationals were later imprisoned in  detention centres run by the Libyan Ministry of the Interior where they were subjected to ill-treatment and torture. In the Al Mabani centre, six people were killed and 24 injured by gunfire.

The reaction to such violent and discriminatory measures was unprecedented: thousands of migrants have been protesting for almost two months in front of the UNHCR office in Tripoli, demanding to be transferred to a safe country and and their safety to be  guaranteed. For the first time, even in the international press, a new entity emerges under the name Refugees in Libya, formed by a committee of migrants interacting with international organisations and actors in Libya and elsewhere.

At the moment, however, no adequate solution exists: the UNHCR office in Libya, during a meeting with the Committee, stated that they "can not assure [migrants and refugees] of any safety and protection upon your return to Libyan society," but that they are working towards the reopening of evacuation flights. Flights have indeed resumed with departures to Niger and Rwanda through the Emergency Transit Mechanism. As the Committee and the UN agency itself point out, however, the number of evacuations remains appallingly low. Although UNHCR admitted in recent interviews that it is unable to provide protection to asylum seekers in Libya, it stated that solutions must be found to ensure the protection of foreign nationals within the country, through dialogue with the Libyan government. Under the current conditions, however, such a strategy cannot be considered in any way adequate. Several branches of the government are in fact actively involved in the chain of abuse and exploitation of migrants, as the Refugees in Libya Committee well expressed in their manifesto.

The Committee denounces the lack of security, the exposure of migrants to arbitrary arrest and detention, sexual violence, torture: treatments that have already been defined as crimes against humanity by the UN Independent Fact-Finding Mission (FFM).

As highlighted in the latest FFM report and in many other briefs , the violations are not episodic but are rather part of an operational model - defined also as a business model - consisting of the following moments:

(i) the interception at sea by the so-called Libyan Coast Guard, often characterised by extremely risky procedures;

(ii) Migrants’ systematic return right after disembarkation to Libyan detention centres managed by the Directorate for Combating Illegal Migration (DCIM) of the Ministry of the Interior and eventually their  sale to criminal groups;

(iii) migrants’ expsosure  to torture and ill-treatment for the purpose of extortion or various forms of exploitation and 'profit extraction' such as forced labour, forced prostitution and kidnapping for ransom.

Even considering the complexity of the North African country, it is necessary to strongly denounce that Italian and European cooperation with Libyan authorities - and in particular the Italy-Libya Memorandum of Understanding (MoU) that caused the block of the departures - are increasing and helping to build these models of exploitation of migrants residing in the country.

With EU financial and political support, the Italy-Libya MoU defines the cooperation between the two countries. At the same time the MoU  is not in any way preventing migrants’ rights violations perpetrated in the country, but rather indirectly creates the conditions for their continuation. The UN FFM, after recalling how such violence constitutes a systematic and widespread attack directed at this population, recalls that "This finding is made notwithstanding the responsibility that may be borne by third States and further investigations are required to establish the role of all those involved, directly or indirectly, in these crimes."

In order to fully understand the dynamics structured by the Memorandum, it is necessary to read the first two articles of the said Memorandum in their reciprocal correlation.

Following art. 1 of the MoU Italy - thanks to the economic and political support of the European Commission - has provided the Libyan authorities with the political legitimacy and the necessary tools to systematically prevent the escape of foreign nationals from Libya.

Under the MoU interception at sea is followed by the systematic detention of foreign nationals for an indefinite period of time. In this detention regime, crimes defined by the UN as crimes against humanity are committed in both informal and official detention centres.

Article 2 of MoU  also envisages, on the one hand the “adaptation and financing of reception centres” and, on the other hand, the  “support for international organisations present and operating in Libya to pursue efforts aimed at the return of migrants to their countries of origin, including voluntary return”.

Since 2017,  international organisations have been receiving substantial funding in order to improve living conditions in detention centres or to facilitate the evacuation of refugees to EU countries or other foreign nationals to their countries of origin.

Nevertheless, as confirmed during the dialogue between  the Refugees in Libya Committee  and  international organisations and stated by UNHCR in recent interviews, detention conditions remain harsh and it has proved impossible to guarantee the safety of migrants in the country.

On several occasions, however, international organizations’ engagement in the country has been used by governments to justify the blockade and cooperation policies set out in Art. 1.

In summary, taking into account the experience gained over time, repatriation and evacuation programmes managed by UNHCR and IOM cannot be considered as a sufficient measure to counterbalance the risks and damages resulting from Italian funding to the Libyan authorities. This approach also risks compromising the independence of the international organisations by giving them a subordinate role to the policies of counteracting immigration to Europe. Therefore, not neutral with respect to the problems illustrated above and to the stability of the entire system designed by the Memorandum.

In the system supported by the MoU, these organisations are not only central actors in the management of the evacuation programmes and the main beneficiaries of the funding for projects developed in the detention centres. Since they participate in the meetings of the Joint Committee on the execution of the Memorandum (art. 3), their activity is functional to the achievement of its objectives even though they cannot guarantee in any way the fundamental rights of the people involved.

In order to better understand the criticality of the mechanisms that should guarantee access to rights to migrants stranded in Libya, the specific legal and factual fragilities of the evacuation and repatriation systems are outlined below. These fragilities reveal how these instruments cannot in any way mitigate the policies of detention and refoulement and are not adequate to ensure foreign nationals' access to their fundamental rights, including the right to asylum.

As  well known, only a very small number of people have access to evacuation programmes, both  for the lack of cooperation of the European authorities in facilitating reintegration on their territory and for  the way in which those who can be evacuated and relocated are selected.

Under these programmes entire nationalities, regardless of the personal protection claims made by individuals, are excluded from any contact with UNHCR. Often prison guards are the ones in charge of selecting -  also on the basis of nationality - who is to meet UNHCR staff. Moreover the transfer of asylum seekers or refugees to third countries of transit takes place on the basis of future possibilities of their resettlement in EU member states.

In addition there are no effective remedies to challenge decisions on exclusion from evacuation programmes. Refugees are often not given any written refusal or the decision lack proper motivation. This is a concessionary mechanism, in which access to and recognition of refugee asylum rights is entrusted to procedures with no substantive or procedural guarantees. Although this programme is therefore an important humanitarian instrument, it is in no way adequate to constitute a valid counterbalance to blocking policies.

Foreign nationals, although in need of protection, belonging to nationalities systematically excluded from evacuation programmes are directed - often by detention centre guards themselves - to voluntary repatriation programmes. The ones in detention are asked to agree to repatriation, although the Special Rapporteur on Torture and other Cruel and Inhuman Treatment or Punishment himself has called attention to such procedure  by pointing out that detention based solely on migration-status can also be used to force people to withdraw their asylum claims or accept voluntary return.

Return programmes are often financed by EU Member States - including Italy - and by the Commission itself, without any agreement with international organisations on the mutual obligations arising from the funding, including the activities to be implemented and the precautions to be taken to avoid the risk of refoulement. The lack of prior control over the activities to be carried out, without requiring any guarantees, without transparency obligations and without prior risk assessment, have in fact exposed refugees, women victims of trafficking and unaccompanied minors to repatriation to their countries of origin where their safety may be at risk.

The situation of Nigerian women victims of international trafficking is emblematic. They are  in fact constantly excluded from ETM and resettlement programmes and  directed towards so-called voluntary repatriation projects, with the very serious consequences on their safety resulting from their return to their country of origin. This example is extremely significant since trafficked women, if they could once reached an EU country, would be considered worthy of international protection. Faced with this situation, adherence to so-called voluntary return programmes seems to be the only tool available to the majority of migrants to escape detention and exploitation. Used even in situations where returning to the country of origin represents a risk to their own safety and the protection of their rights.

In light of the analysis illustrated above, it can be stated that

We therefore call on

Starting from today February 2, 2022, it is possible to sign the document by filling the Google form. 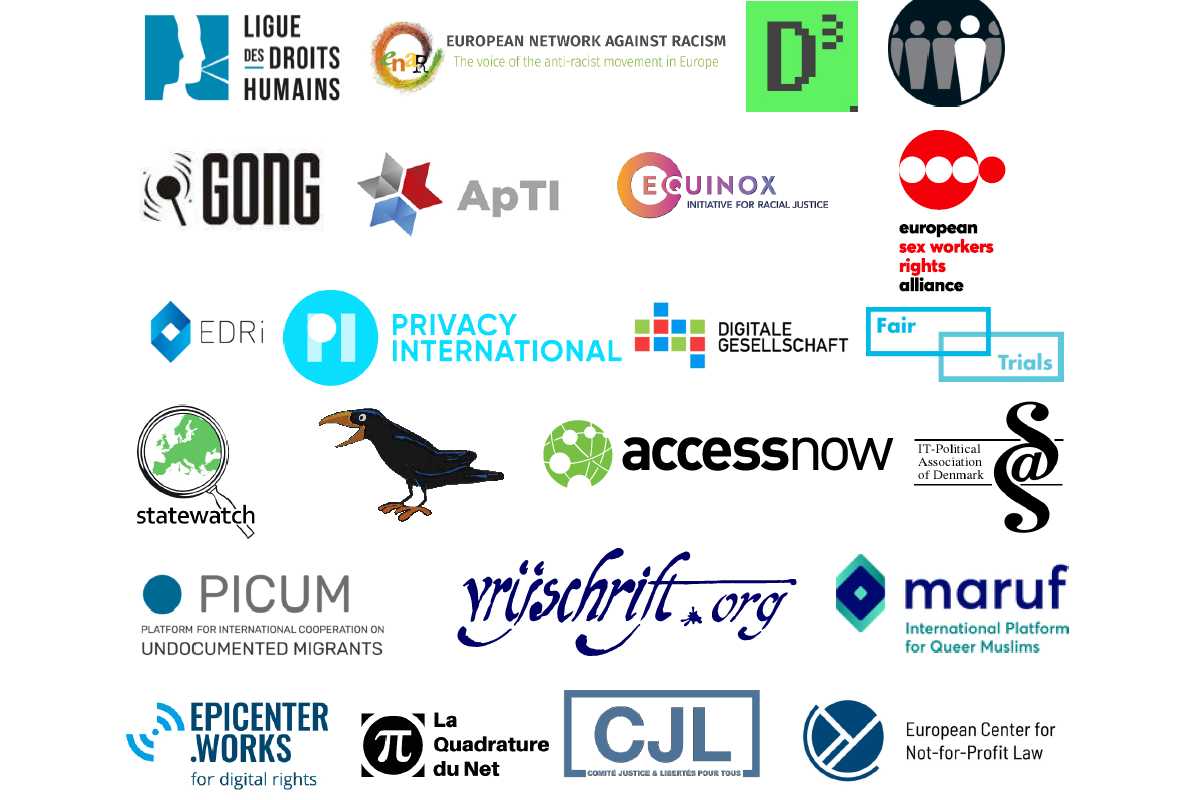