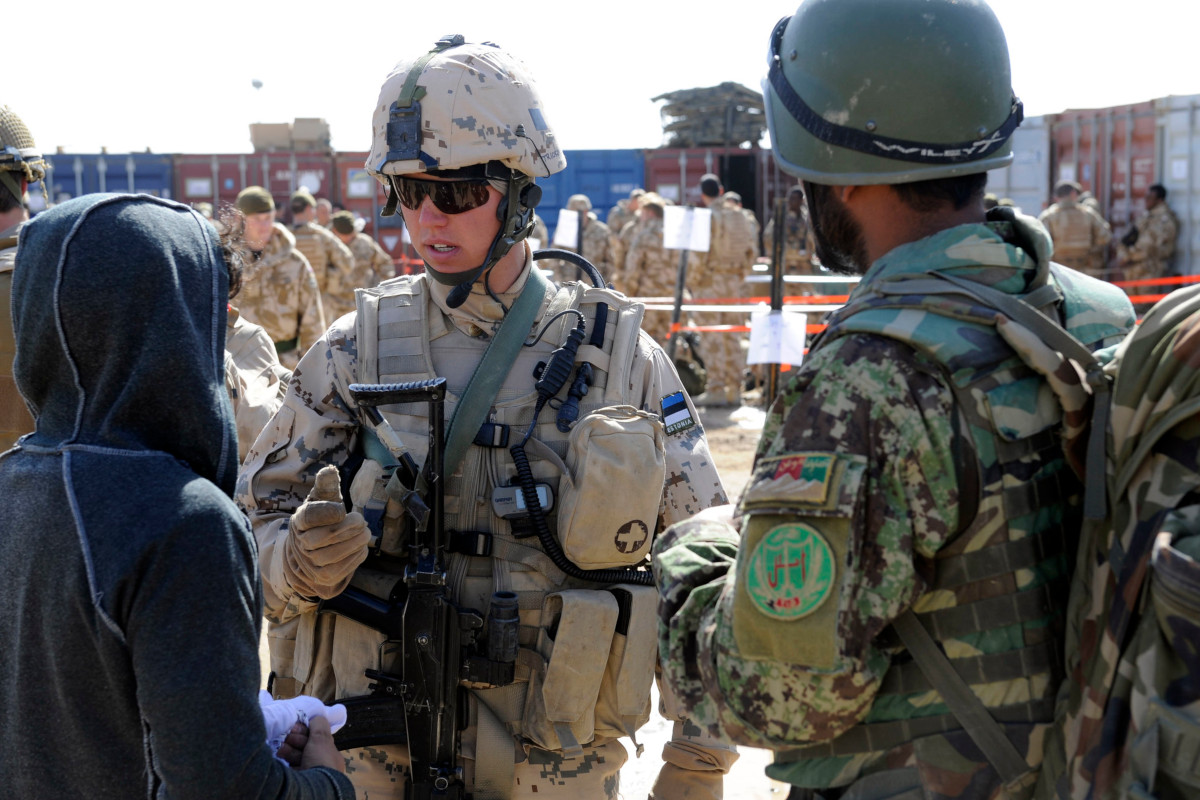 "Generic contextual notes accompanying the raw material with declassified information relevant to criminal proceedings could be introduced by military authorities and serve as a basis for subsequent analysis by the security services, with the aim of correctly identifying and further exploiting the information contained in the raw material."

This is elaborated on the Annex:

"The US government, the main source of battlefield information for Member States, is not classifying raw material or raw data as a standard procedure. However, information that provides context for this raw material may still be classified for military secrecy reasons. Providing context for raw material is very important for the evidentiary value."

The extent of information-sharing is revealed elsewhere in the document:

"The US FBI provided EU Member States and Europol with data about 2 700 possible FTFs held in custody in North-East Syria in the fall of 2019 after the Turkish incursion to North-East Syria. The list includes names as well as biometric data (photographs and fingerprints). The Commission held a workshop with Member States, relevant JHA agencies and EU CTC in November 2019 on how to ensure that the data on the list would be inserted in the SIS swiftly. The main take-aways were sent in a letter to Member States"

Europol and "a Member State" are currently working their way around legal constraints:

"The conclusion of working arrangements with UNITAD, IIIM and the ICC would enable Europol to collaborate on criminal proceedings against FTFs until the Commission tables proposals for stronger cooperation through international agreements with these entities and the agreements are concluded. At the moment, as an intermediary solution, Europol’s AP CIC receives data from the International Criminal Court (ICC) and UNITAD indirectly, through a Member State that has an arrangement with both organisations. AP CIC has not received any data from the IIIM.

Member States serve as a conduit to transfer relevant information originating from international organisations, allowing for its safe storage and crosschecking in Europol’s databases to benefit the Member States' ongoing and future CT and core international crimes investigations."

"Five Member States have bilateral agreements with the US government that allow them access to the Department of Homeland Security’s biometric database known as IDENT10. One Member State can already actively search the database and receive terrorist matches in response. Three other Member States may follow in summer. Another Member State with external EU borders has an agreement in place but needs to overcome technical issues to be able to carry out searches. Negotiations are underway with more EU Member States... About 3 million biometric checks for partner nation are carried out per year."

"While the original aim of OGP was to provide military intelligence to military staff active in the Global Coalition, OGP’s tasks have evolved over time. It is now one of the major sources for Member States law enforcement and judicial authorities to produce intelligence pictures on persons of interest or to identify battlefield evidence to be used in domestic criminal proceedings. Those EU Member States that have seconded criminal investigators to OGP have demonstrated better turnouts in their searches of OGP’s database which have correlated with better achievements in their domestic criminal proceedings against FTF and their affiliates, as law enforcement is familiar with legal requirements for battlefield information to be introduced in domestic court proceedings.

The Global Coalition is very concerned about increasing DAESH-linked terrorist activity in the Sahel region and West Africa (Coastal states such as Cote d’Ivoire and Togo) as well as Northern Nigeria due to recent Boko Haram-Daesh clashes. The Global Coalition called on cooperating States to start working on capacity building in border security and battlefield evidence collection in the region."

"Europol has access to battlefield information held by the US authorities through information exchange via three channels: the FBI’s Terrorist Screening Centre (TSC), two pilot projects with the Terrorist Explosive Devices Analytical Centre (TEDAC) through which it can run latent prints found on IEDs in the combat zone against databases at Europol and through ad-hoc transmissions from the US FBI, such as the “2 700 list” that included biometrics of FTFs (fingerprints and photographs)."

EU military missions are advised to get in on the act:

"EU CSDP [Common Security and Defence Policy] missions should, where appropriate and possible, assist host states to develop and implement systems to collect biometric data (including fingerprints, photographs, facial recognition), in order to responsibly and properly identify terrorists, including FTFs, in compliance with domestic law and international human rights law. They should encourage Host States to share this data with Member States, as appropriate, and with INTERPOL, EU JHA agencies and other relevant international bodies."

The UN Investigative Team for Accountability of Daesh/ISIL (UNITAD) has a very active role:

"The Team has introduced a series of new tools to enhance its evidence processing capabilities so as to draw on the significant new data sets. It has implemented a number of new technologies for the search, analysis and review of image and video data collected. At the same time, UNITAD is in the final stages of implementation of a custom made data enrichment platform using the latest in artificial intelligence, Microsoft cognitive services, machine learning, machine translation and facial recognition. The project will allow analysts and investigators to rapidly exploit multimedia files and identify relevant objects, faces and locations. The project will also support the automatic transcription and subsequent machine translation of video assets (videos depicting crimes committed by DAESH are automatically converted into English-language). This will significantly enhance the ability of the Team to filter and analyze such material."

"Through this process, UNITAD has been able to extract facial profiles from image data across its archives, establishing a dedicated repository of over 175,000 such profiles. This has proven immediately effective with respect to the identification of persons of interest relevant to the investigative priorities of UNITAD. As a next step, processing has started of the more than 34,000 video files currently held by UNITAD, with a view to extracting all facial profiles and other relevant images. As part of efforts to exploit former DAESH electronic devices, UNITAD has also enhanced its decryption capacity. UNITAD is taking forward a roll-out campaign, which will empower all investigators to harness advanced image and video searches in support of their work."

A Council of Europe Recommendation is in the works with the aim of providing some sort of standardisation: 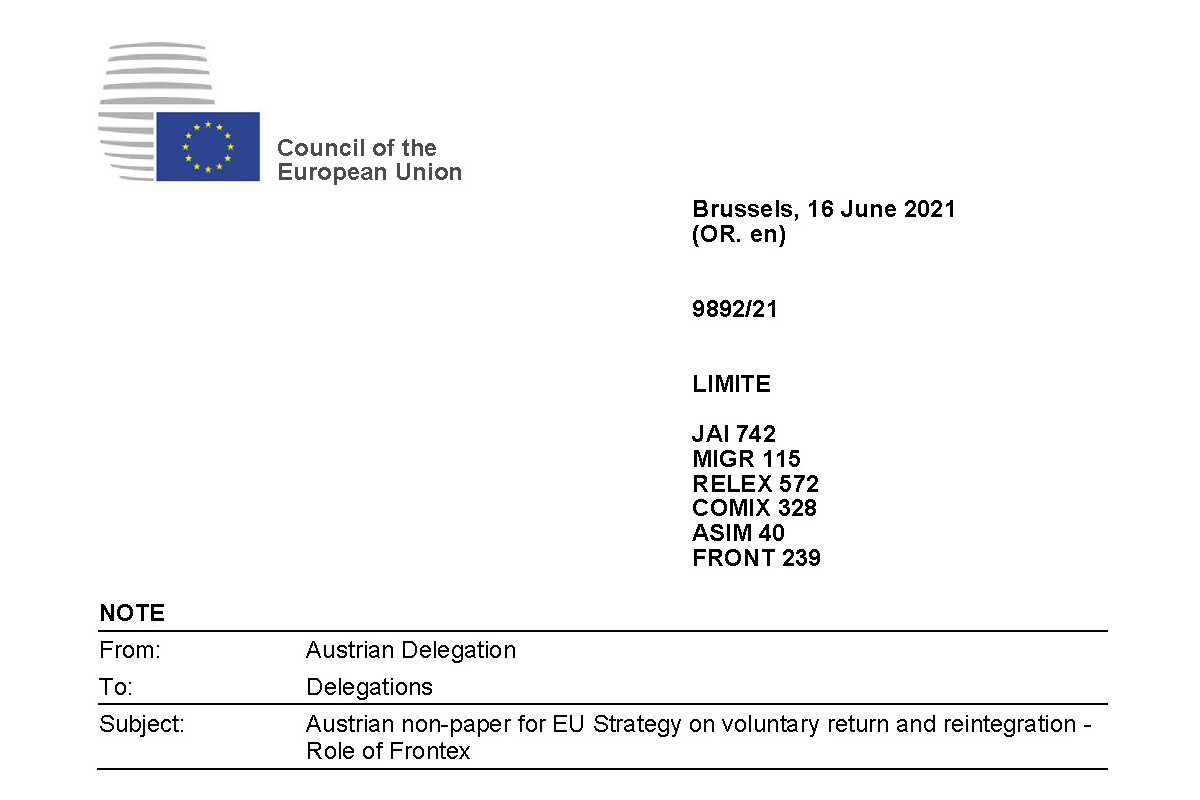