Tony Bunyan retires as Director of Statewatch after 30 years

A personal message from Tony Bunyan. 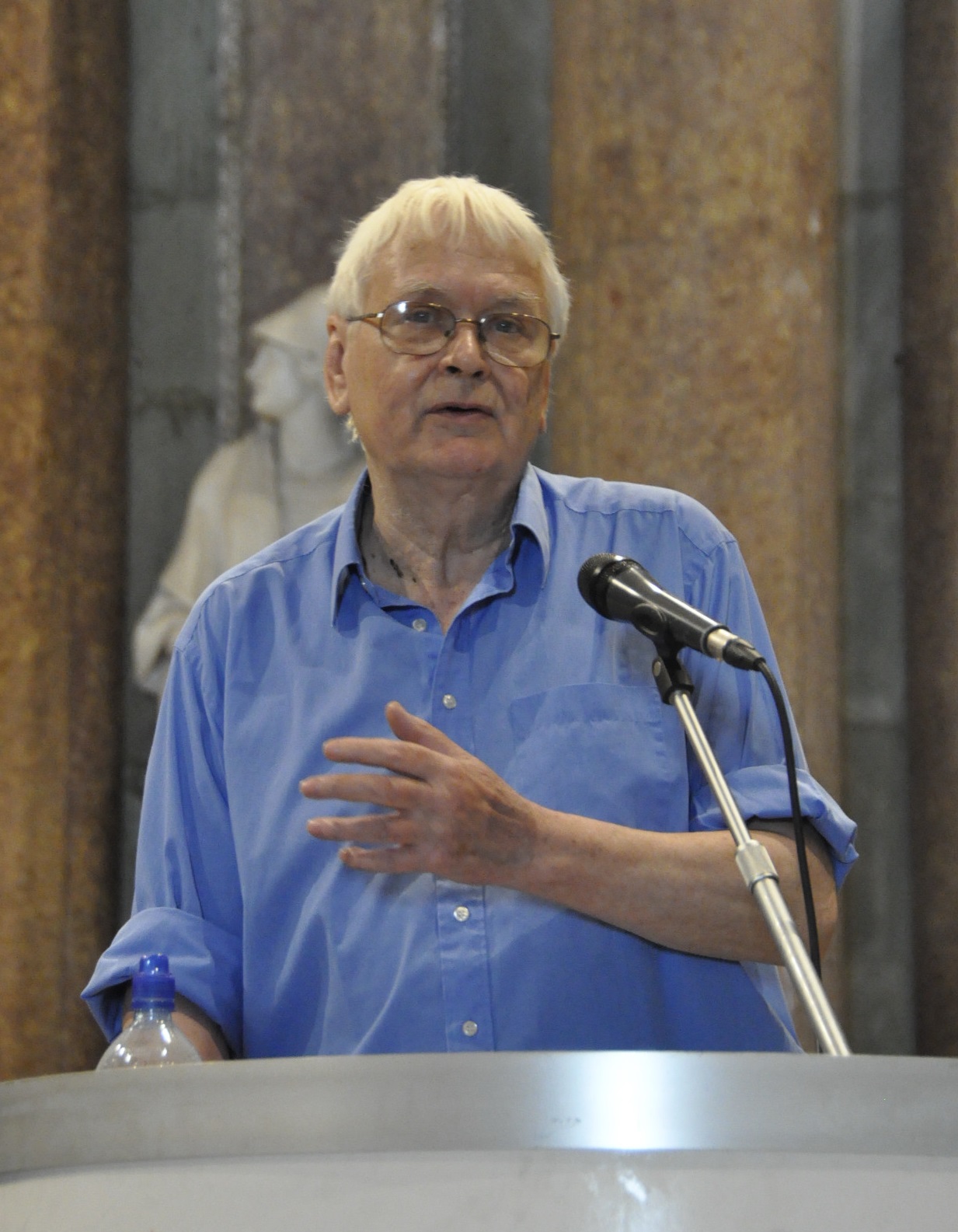 After 30 years as Director I have decided to retire at the end of September. The Statewatch Board of Trustees agreed unanimously that on my retirement I will become Director Emeritus as a lifetime position.

Director Emeritus is an advisory role. I will continue contributing to Statewatch work by writing news, doing research (including access to documents), speaking at meetings and work on developing the Library & Archive. This means the management of Statewatch will be passed to our new Executive Director, Chris Jones. As I move to a new role with more time to read and write I look forward very much to working with Chris and the team.

I am so proud of what we have achieved in our first 30 years. Rarely has so much been produced by so few staff for so little pay. This could not have been done without invaluable help from volunteers and the contributors group and from all the Trustees who have given their time for free over the years. Thanks too to all the NGOs who helped us so much – and still do.

These are challenging times for civil liberties and democratic standards, and we need your support more than ever. If you are able to make a regular donation to support our work, please do so and help Statewatch continue for another 30 years and beyond.

As our President, Gareth Pierce, commented some years ago:

“One is driven to wonder what Statewatch could have accomplished, and could accomplish in the future were it to have even a tiny percentage of the resources enjoyed by other organisations.”

"We congratulate Tony on his vision and tremendous achievement in establishing Statewatch and leading its continually ground-breaking work over 30 years. We are delighted that Chris Jones, as Executive Director will now lead and develop this work, with full support from Tony and the Statewatch Trustees in the challenging times ahead."

"Tony has been the driving force behind Statewatch's work for almost 30 years, and it is an honour to be asked to succeed him as Executive Director. I and the rest of our staff, trustees, volunteers and contributors will do our utmost to uphold his vision and commitment as we continue the struggle for civil liberties, democratic standards and fundamental rights in Europe. We all look forward to working with him in the future as Director Emeritus."

Reflection on Statewatch’s origins and challenges

The birth of an idea

In ‘Catching History on the Wing’ (Pluto Press), Sivanandan, Director of the Institute of Race Relations (IRR) for over 40 years observed:

A similar aspiration was set out by Rosa Luxembourg:

“The most revolutionary thing one can do is always to proclaim loudly what is happening.”

I had come from the IRR ‘school’ who I first met in1968 and which shaped my politics thereafter. This was combined with in-depth investigative journalism – I was News Editor at Time Out (then a radical weekly magazine, 1971-1973).

I recall how Statewatch started in the spring of 1991. State Research (which I worked for from 1977-1981) had been based in the Rowntree building at 9 Poland Street in London, which was closed in 1990. All we had was a Library, which we moved to Stoke Newington Library at a low rent in a great space but no activities for the registered charity we started in 1981.

In the autumn of 1990 we were invited by Claudia Roth MEP, then leader of the Green Group, to a meeting in the European Parliament office in Strasbourg. Ann Singleton (now Co-Chair of Statewatch) and I drove the 500 miles from London to discuss EU developments including the Maastricht Treaty. There too were Heiner Busch from CILIP (Berlin) and the late Lode van Outrive (MEP). When we came back that autumn we called a meeting of some friends from State Research. Now we had a project - our aim was to monitor civil liberties and the emerging European state.

We had an office and a project so I agreed to be made redundant from my position of local government head of police monitoring units, a post I held from 1981-1990. I used my redundancy money to live on for the next two years and went on the dole to get my national insurance stamps paid and registered as a ‘volunteer’ with Statewatch.

In December 1990 we decided to start publishing a hard copy Bulletin six times a year – we stopped just talking and did it – the launch was in March 1991. Also in March 1991 I also wrote an article for a special issue of the IRR's Race & Class on ‘Europe: Variations on a theme of racism’. The title of my article was ‘Towards an authoritarian European state’.

Little were we to know what lay ahead. In the 1990s we pretty much had the field to ourselves. I travelled all over the EU to speak at meetings and found many new comrades. I made a point of going to every meeting of new Justice and Home Affairs (JHA) Council in Brussels and Luxembourg as a journalist between 1992 and 2004, including the crucial JHA Tampere Council in Finland in 1999. Why did I do this? Because in those days it was the only ways of getting access to documents as they were being discussed and decided.

I remember in the early 1990s going to see an old friend, the late Lord Geoff Tordoff, who was Chair of the main House of Lords Committee on the EU, and showed him the agenda and documents from a Justice and Home Affairs Council. He said was not being sent these documents by the Home Office. A battle ensued for the Lords Committee to automatically be informed.

One mystery yet to be solved was a receipt I ran across recently signed by Jacques Delors (President of the European Commission, 1985-1995) giving us €10,000!

Central to our work has been identifying seminal issues. These included the creation of Observatories:

This was backed up by a regular News service (launched in 1999) and long-term investigations. One of the first was ‘Neoconopticon: the EUsecurity-industrial complex’ by Ben Hayes which was downloaded over one million times. This was followed up by Chris Jones in ‘Market Forces’ published in 2017.

We also sought to identify wider issues like the growth of authoritarianism and institutionalised racism which incorporated AI and digitalisation. The origins and future foretold were set out in ‘The Shape of Things to Come’ which I wrote in 2009.

We did not just research and write, we spoke at dozens of meeting every year. For 25 years I spoke at between 20-30 meetings a year across the EU. 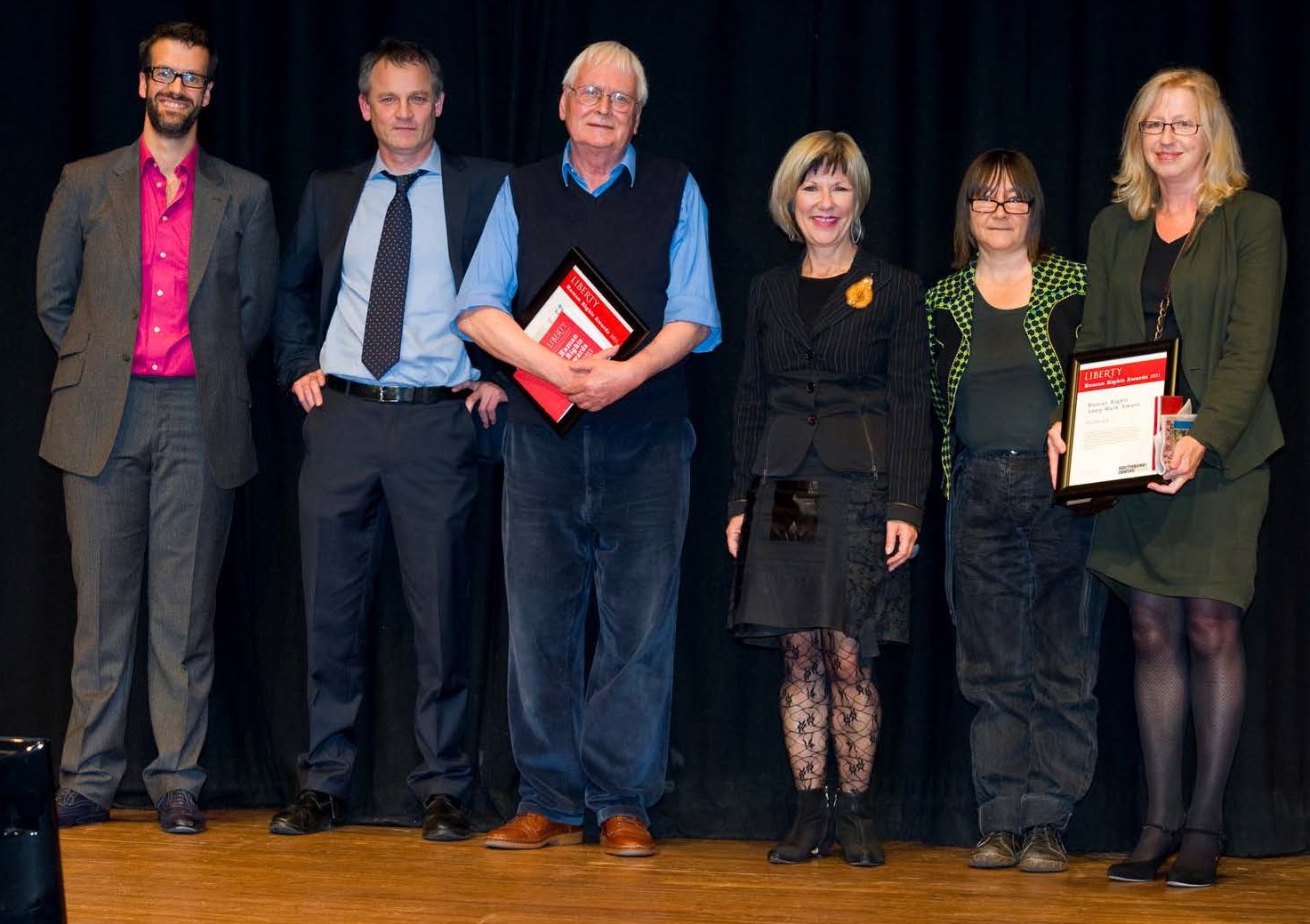 While we should be proud of what we have achieved we must be ambitious by pursuing the eternal struggle of defending and extending civil liberties and freedoms, democratic rights and accountability and oppose authoritarianism, racism and anti-democratic forces at every opportunity.

Though I’m stepping down as Director I’m really looking forward to working with the Statewatch team as Director Emeritus in the years to come. The struggle to defend and extend civil liberties is vital and eternal.

P.S. One of my key passions is the preservation of historical books, pamphlets and ephemera so that the past can inform the present and the future: See Statewatch Library & Archive collected over 40 years of political activity and my personal collection 'The Shape of Things To Come' collected over 60 years.

Please DONATE to support our work: become a Friend of Statewatch by giving a regular donation, and sign up to our mailing list to receive regular updates on our work.

Bulgaria will relocate some refugees from Moria, but racism and xenophobia make it a tough destination

Frontex: Report on cooperation with third countries in 2019