EU: No human rights monitoring for 20% of Frontex's deportation flights in 2019

There were no human rights monitors present on 20% of the deportation charter flights coordinated by Frontex in 2019, according to an agency report being published today by Statewatch.

The report, which gives an overview of Frontex's cooperation with non-EU states ("third countries"), says that:

"In 2019, 80% of all Frontex-coordinated return operations by charter flights had at least one monitor on board, which is a 13% increase compared to 2018."

Put the other way round, this means that one-fifth of all charter flights - that is, flights organised specifically for the purposes of deportation, that take place out of the public eye - had no human rights monitor present.

According to the report, almost 11,000 people were deported on 330 Frontex-coordinated charter flights in 2019, which would mean that some 66 flights took place without a monitor on board.

In total, says the report, Frontex assisted with the removal of almost 16,000 people from EU territory in 2019, through charter flights and other means. You can find an overview of the report here.

The recent Statewatch publication Deportation Union explains in detail the different types of deportation operation coordinated and financed by Frontex, and analyses the situation with regard to monitoring forced removals.

It points out that:

"The deployment of monitors is key to ensuring that individuals are not physically abused or otherwise mistreated during deportation operations. An increase in the use of deportation charter flights by states in the 1990s and 2000s led to corresponding concerns from jurists, scholars, journalists and NGOs that abuses could take place unseen by the outside world."

On Monday 28 September, Statewatch and the Transnational Institute will host the first of three webinars on the report.

The first event looks at the proposed recast of the 2008 Returns Directive, an EU law governing deportations and features Tineke Strik MEP (the parliamentary rapporteur for the Directive), legal anthropologist Jill Alpes and Izabella Majcher, senior legal officer at the European Council on Refugees and Exiles

In 2016 the European Commission published a proposal for a revamped version of the law, which would significantly reduce rights and protections for individuals facing deportation proceedings.

The Commission has called for the urgent adoption of the law, as part of its recent pronouncements on its new "pact" on migration and asylum. 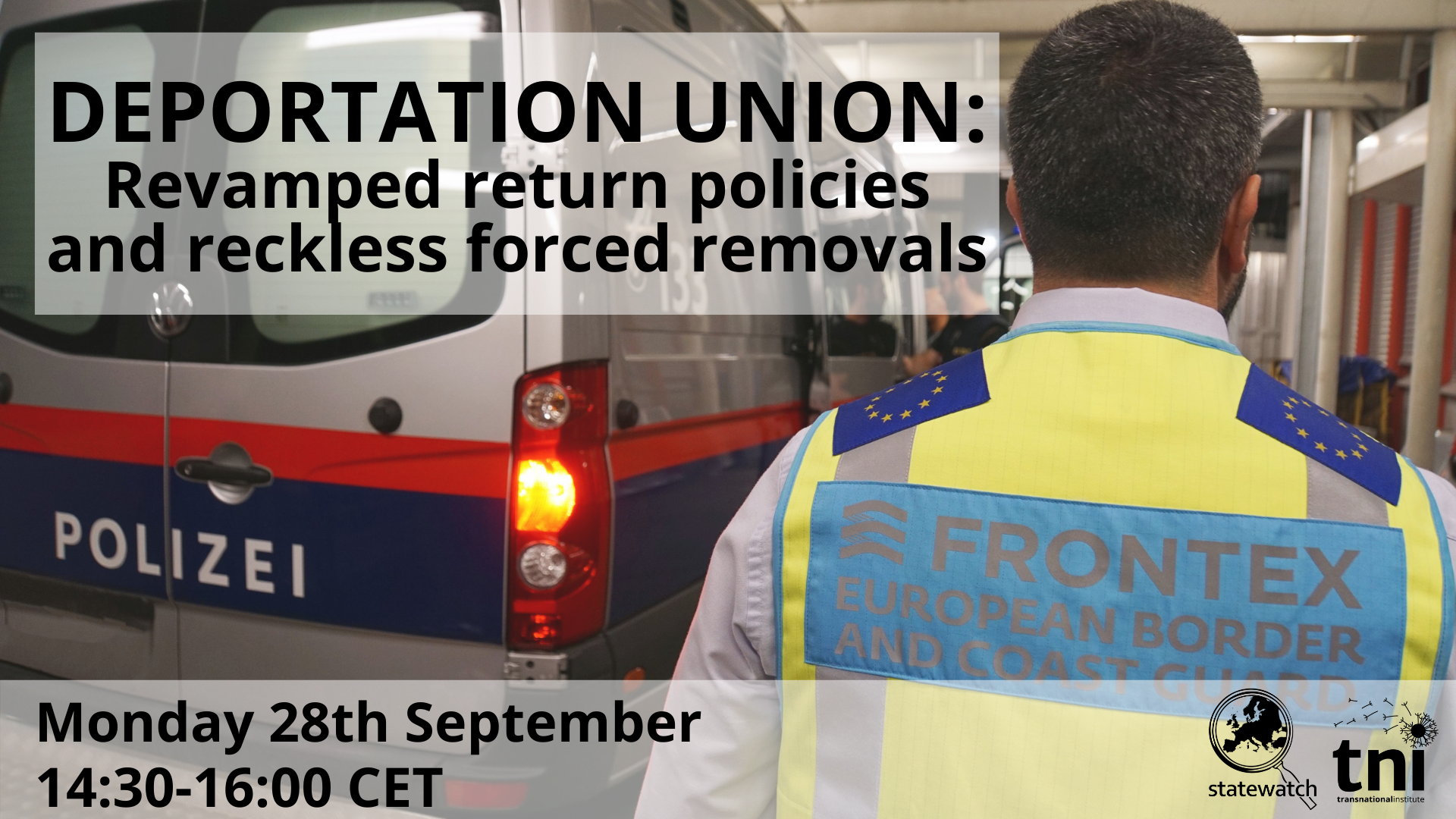 Bulgaria will relocate some refugees from Moria, but racism and xenophobia make it a tough destination