Northern Ireland: Prisoners and the Peace Process
Policing immigration: Britain and Europe
EU: Report on the Council of Justice & Home Affairs Ministers
Guardian secrecy case: the arguments for and against 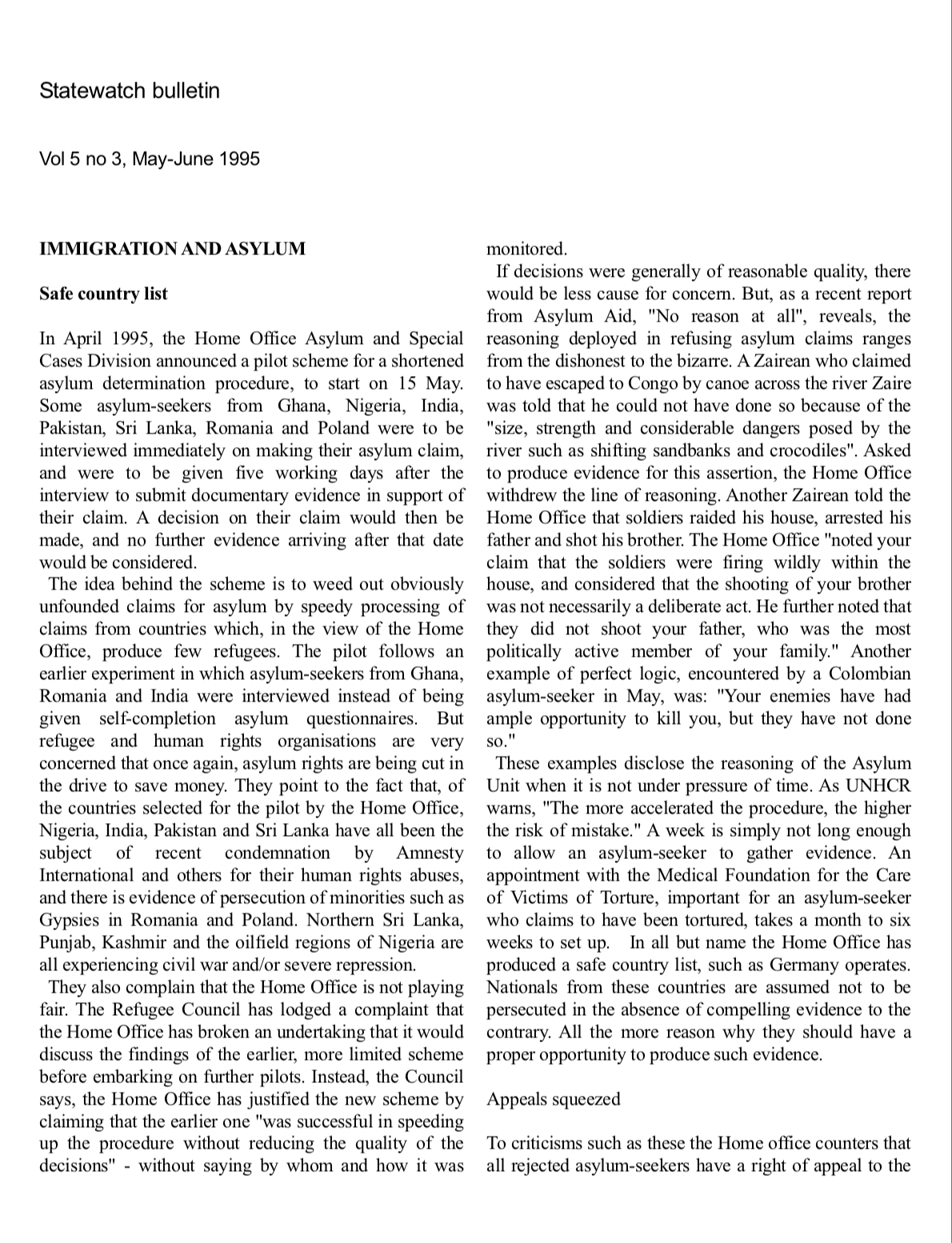