The Centre's reports are widely distributed within the EU and have a direct bearing on political decision-making despite an alarming lack of operational transparency and democratic accountability.

Hopes that the Socialist Party's May 2012 electoral victory would lead to substantive changes in the treatment of Roma have faded quickly amid continued forced evictions and collective expulsions.

Repeated renewals of "emergency" powers have allowed for the continued deployment of thousands of soldiers on Italian streets and the extension of the “nomad emergency,” under which authorities have been able to conduct forced evictions, close down unauthorised camps and segregate Roma in derogation of human rights laws.

The British government's dealings have been characterised by cover-ups, deceit and perfidiousness, with collaboration between British security forces and loyalist paramilitaries, obstruction of investigations, refusal to hold public enquiries, and new forms of intelligence-led policing which allowed informers to act with impunity. 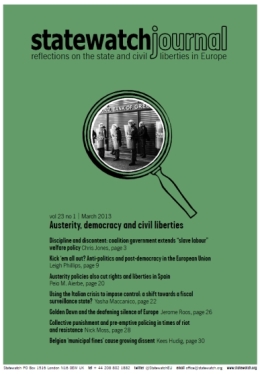 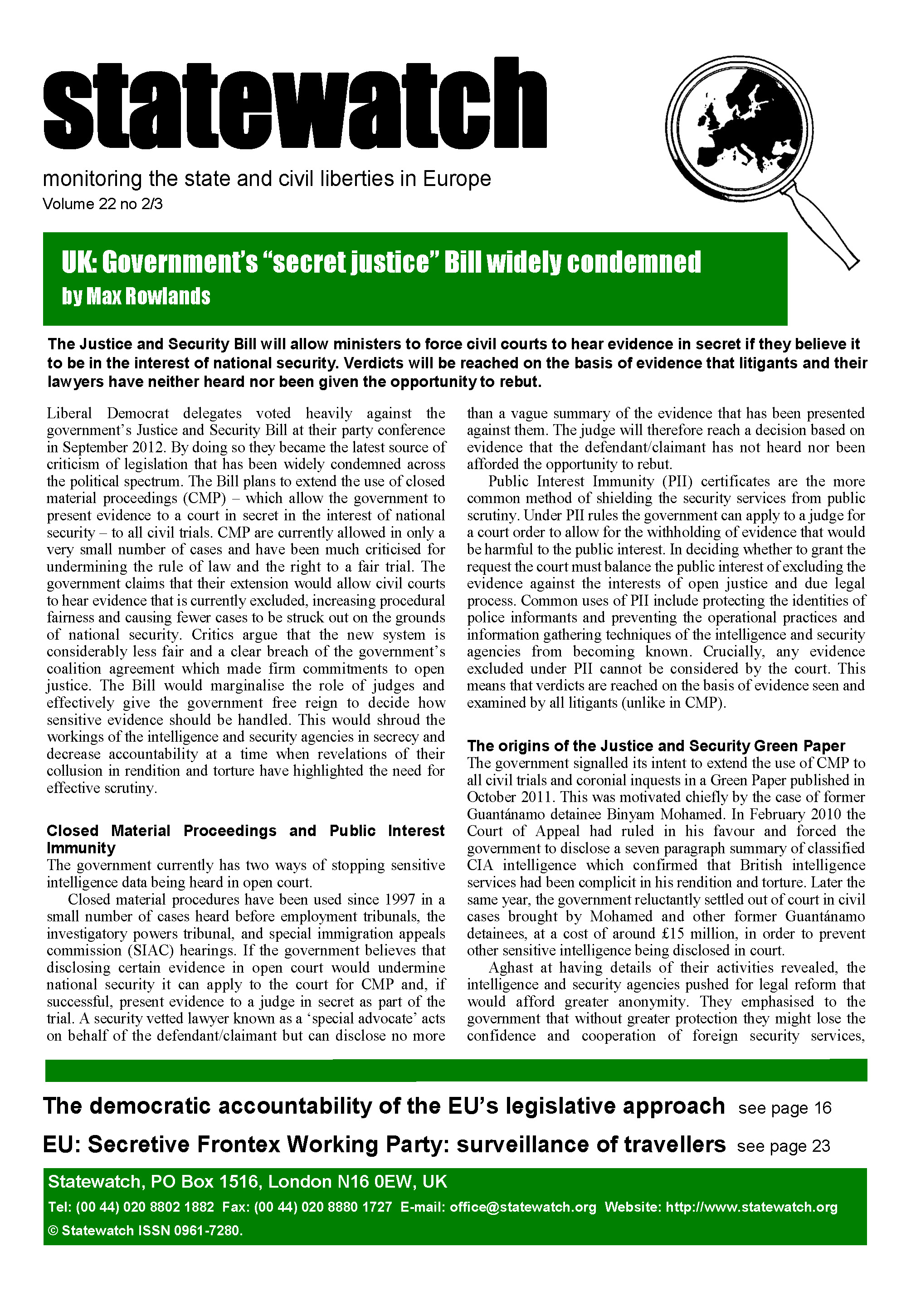