Europe's police forces want to increase their influence on European security research policy, but it is doubtful that this will constrain the spread of military technology into civil arenas.

The Coalition government's commitment to restore freedom and rights i the face of increasing state power is thrown into question by the heavy-handed response to small protests on the day of the royal wedding.

Looks at the Criminal Cases Review Commission (CCRC) and how key witnesses are discredited. "All forms of the state have democracy for their truth, and for that reason are false to the extent that they are not democracy" Marx, Critique of Hegel's Philosophy of Right (1843)

The practice of peaceful (although not pacifist) resistance shows that the asymmetry of power can be overturned - albeit partially and temporarily - through mass political action without the need for heroism or extremism, or for leaders and large traditional organisations.

Opposition mounts in Member States and the Council of the European Union decides that in its defence head-lines stories should replace the provision of reliable statistics. 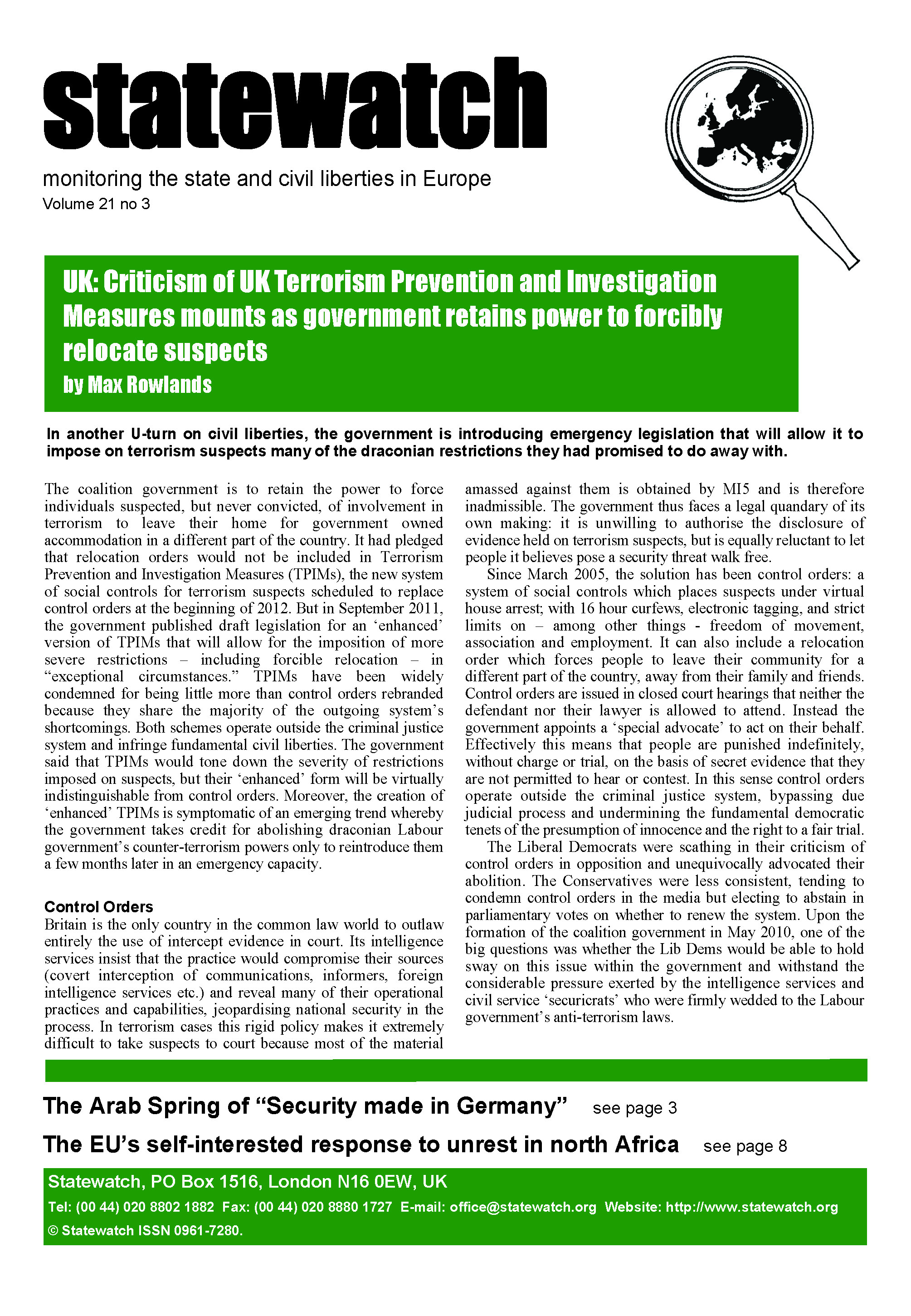 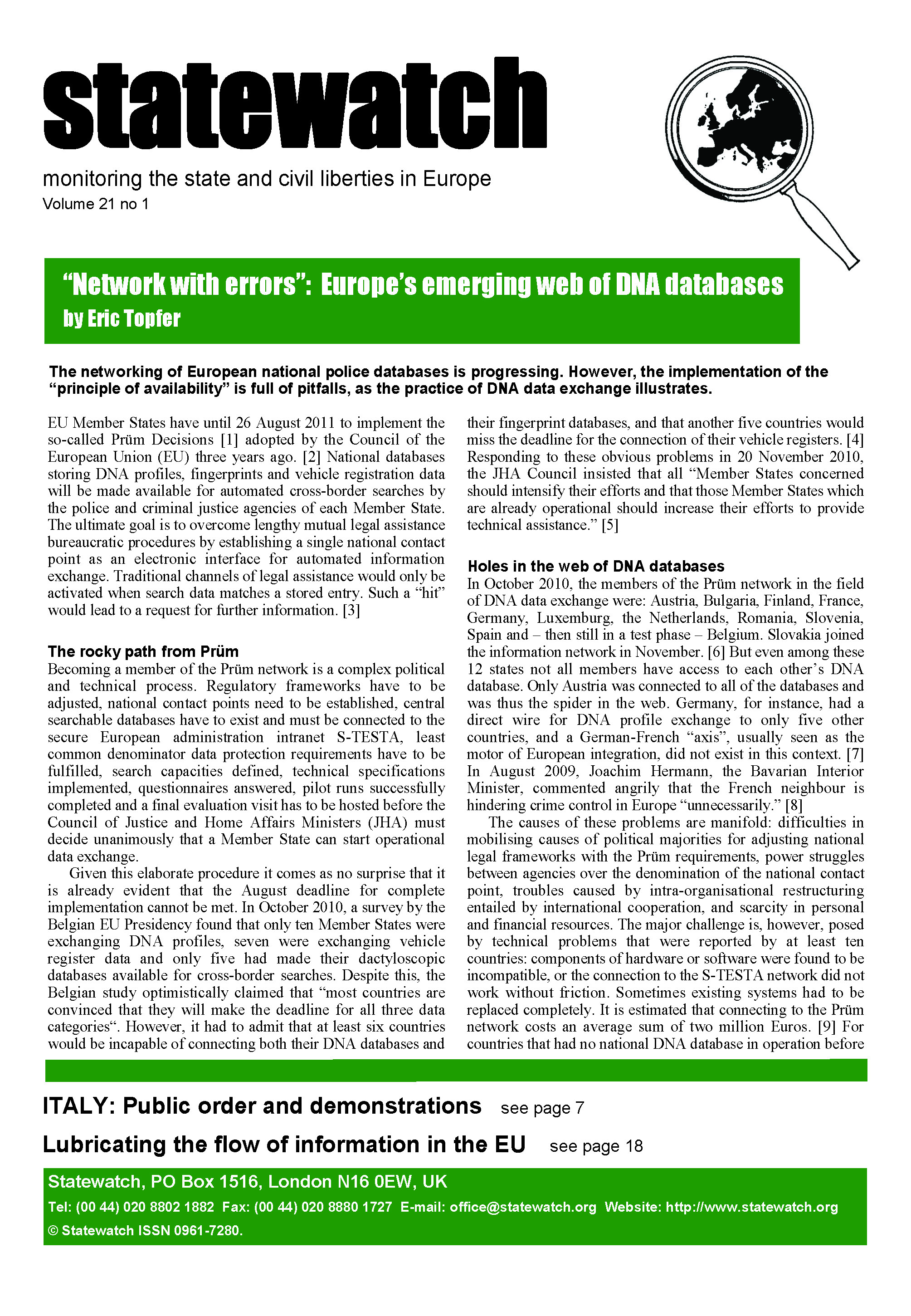