The networking of European national police databases is progressing. However, the implementation of the “principle of availability” is full of pitfalls, as the practice of DNA data exchange illustrates.

The recommendations of the counter-terrorism and security powers review undermine the coalition government’s commitment to restore “hard-won British liberties.”

Since the traumatic events of the G8 summit in Genoa in July 2001 the right to protest has increasingly been limited. Government restrictions have been wide-ranging and indiscriminate and affected a diverse range of groups including students, migrants, shepherds and manual labourers.

UK: The death of Jimmy Mubenga: “Securing your world” through “privatised manslaughter” by Trevor Hemmings

Jimmy Mubenga's death during his removal by private security company civilian staff is indicative of the treatment people are subjected to. Government bodies, campaigning organisations and medical charities have all condemned the "excessive force" applied during forced removals, and criticised private security companies for breaching their duty of care.

It is not often that police officers face serious charges in court. The investigation into the police shooting that took the life of Dennis J. was delayed repeatedly, but did result in a trial that saw police officers sentenced for their actions. The judgement was right in principle, but disappointing in its sentence.

In 1977 the village of Gorleben became a storage site for radioactive nuclear waste. It is the target of regular protests - involving a large proportion of the village's population and a large police operation.

EU: Lubricating the flow of information in the EU by Eric Töpfer

The EU Information Management Strategy (IMS), is meant to include a strong data protection regime. However, while the first practical steps have been taken, fundamental rights are falling behind. 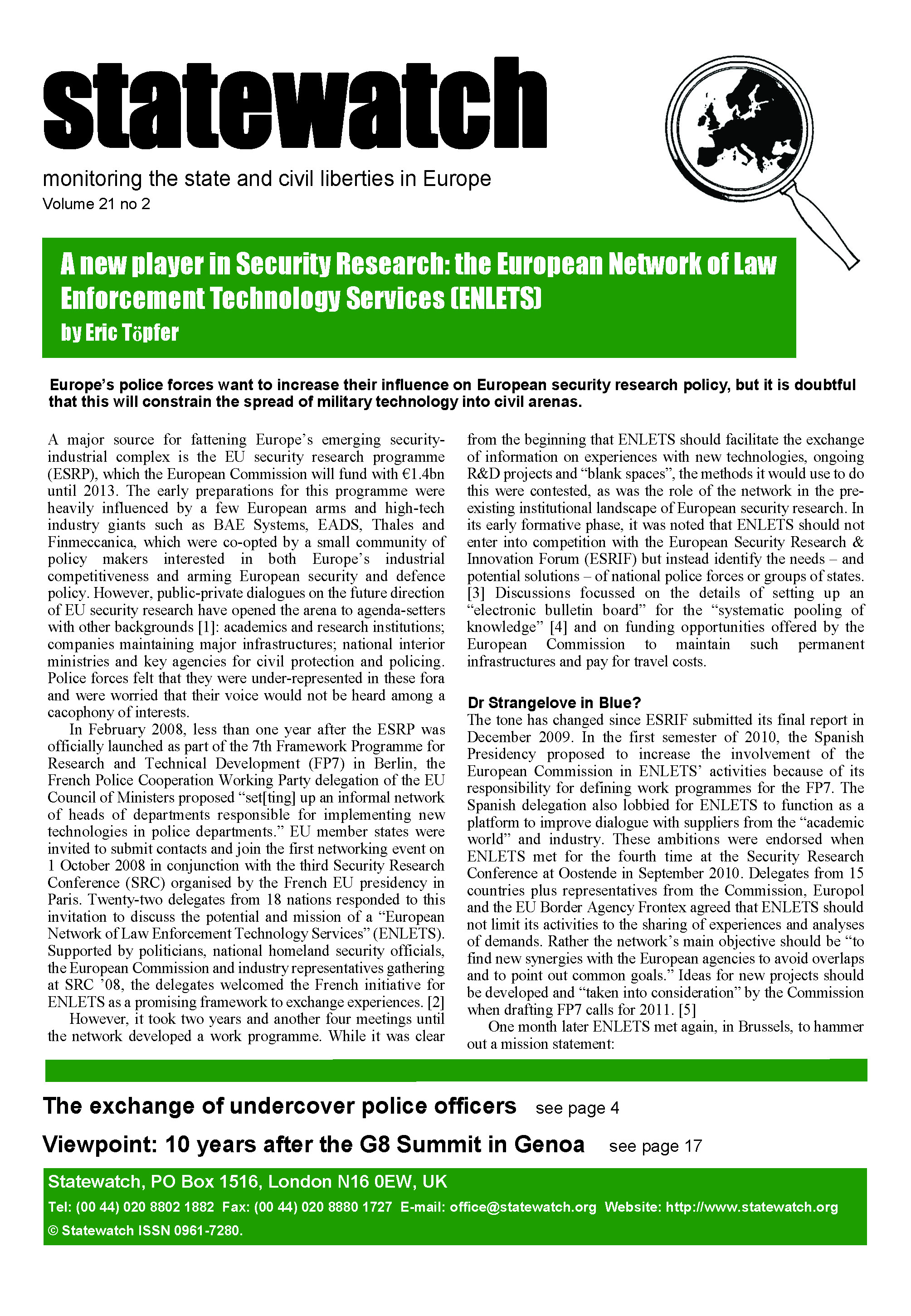 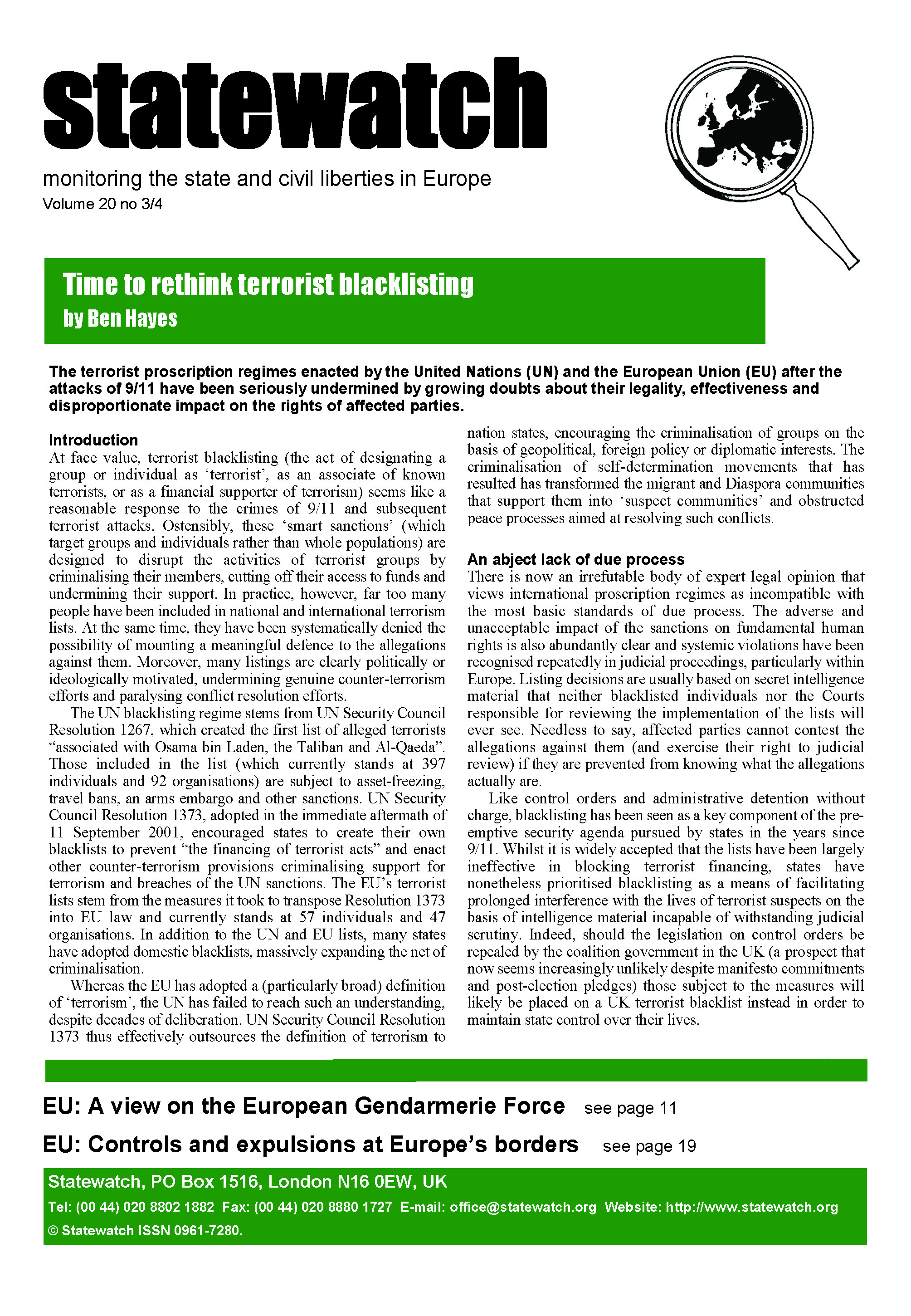