Cover story: SIS II in crisis: SIS I reloaded? The planned shift from SIS I to SIS II has been delayed by lack of “stability” and “flaws” in the new system and MEPs are not amused to learn about the problem through the press.

The planned shift from SIS I to SIS II has been delayed by lack of “stability” and “flaws” in the new system and MEPs are not amused to learn about the problem through the press.

EU agrees rules for remote computer access by LEAs - but fails, as usual, to mention the security and intelligence agencies by Tony Bunyan

There is evidence that EU states and the USA are using this surveillance technique even though there are no laws in place to govern its use.

EU-IRAQ: The forgotten casualties of the war by Max Rowlands

Based on an unreleased Commission report this article exposes what is happening to an estimated 2 million refugees living in Syria and Jordan - and the EU’s response.

EU: Statewatch wins complaint against European Commission over its failure to maintain a proper public register of documents by Tony Bunyan

The European Ombudsman and the European Parliament call on the Commission to maintain a proper public register but it refuses to comply and reacts by trying to change the definition of a "document". There are indications it is creating new system to "vet" documents before they are placed on its public register.

We are witnessing a continuous and ceaseless (re)definition of the public enemy in a persistent search for and creation of a state of emergency.

EU: Deaths at the borders continue the effect of EU policies in Morocco - Introduction by Yasha Maccanico and articles by Said Tbel and Jerome Valluy

Two articles examining the role of UNHCR and the EU and the pressure on Morocco to follow the securitarian road leading to the exclusion, detention and expulsion of migrants.

EU: The need for new alliances of anti-trafficking organisations by Katrin McGauran

Anti-trafficking organisations should create new alliances and formulate demands to protect migrants from the impact of the global recession.

The leaked list of BNP members included teachers, nurses, members of the armed forces, civil servants and police officers - there were calls to ensure that “racism and fascism have no place in the classroom or lecture.”

SPAIN: Draft reform of the immigration law by Peio Aierbe

Examines propsed changes to immigration law and the regressive impact of European Directives: “It is barbaric to turn the relationship between people working towards regularisation into a crime or offence.” 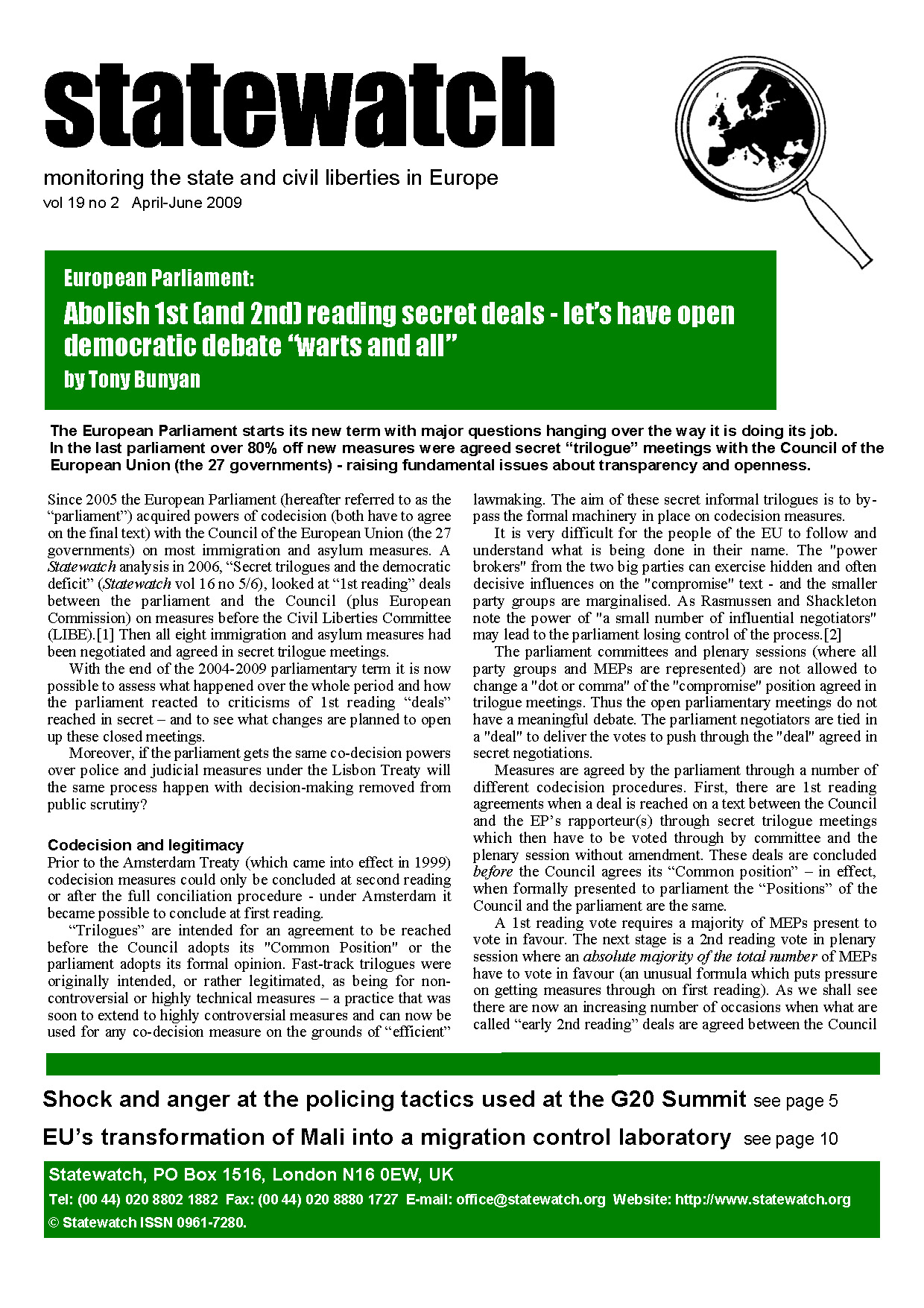