UK/USA/IRAQ: US soldiers “murder” of journalist a war crime

Cuba/USA/UK: Say no to torture

Baluchistan: What have the Baluchis ever done to us?

By agreeing to negotiate new laws in secret trilogues is the European Parliament deepening the “democratic deficit”? by Tony Bunyan 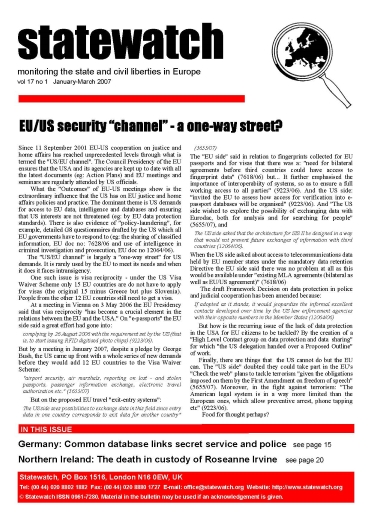