Privacy concerns in USA lead to withdrawal of CAPPS II - could this happen in the EU?

Spain: Prison revolt amid allegations of ill-treatment in Quatre Camins

UK: Ethnic injustice: More black and Asian people are being stopped and searched than ever before

Viewpoint: Beyond September 11: New preface by Phil Scraton to an “Anthology of dissent” 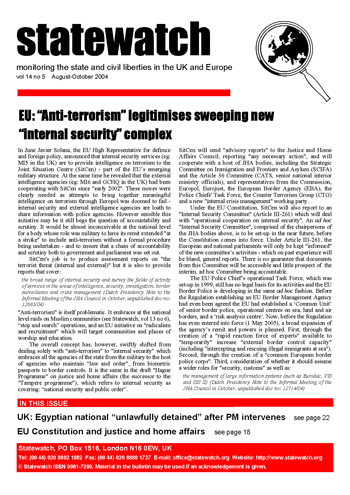 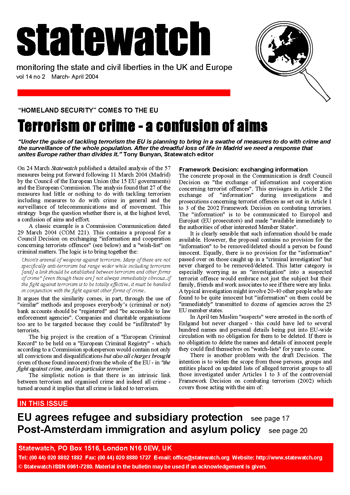