The attack on the asylum system proposed by the UK government in the Nationality and Borders Bill has provoked outrage. However, the Bill also includes proposals to introduce an electronic 'permission to travel' scheme that would involve gathering biometric and other data from tens of millions of people. The UK Parliament's Joint Committee on Human Rights (JCHR) is conducting legislative scrutiny on the Bill; Statewatch submitted written observations to the inquiry last week.

An assault on the asylum system

The UK government published reforms to the Nationality and Borders Bill in July this year, as part of its 'New plan for Immigration'. The Bill seeks to reduce protection and increase penalties for refugees arriving to the UK via a country other than the one they are fleeing from, or arriving on UK territory without having first acquired permission. For those who manage to reach the UK, access to benefits and family reunion rights will be limited, and it will become harder than ever to obtain indefinite leave to remain. Meanwhile, UK Border Force will be authorised to conduct illegal pushbacks, and asylum claims could be processed off-shore.

All in all, the human rights implications of the Bill are dire. The UN Refugee Agency (UNHCR) has expressed its concern that "the plan, if implemented as it stands, will undermine the 1951 Convention and international protection system, not just in the UK, but globally."

One aspect of the Bill that has been overlooked amongst the (entirely justified) furore is a proposal to establish a new electronic travel authorisation system. The purpose of such a system would be to evaluate the eligibility of travellers who do not require a visa to enter the UK and prevent them from travelling should they not meet the desired requirements – in the words of the Home Office, to "block the entry of those who present a threat to the UK."

Statewatch's submission to the Joint Committee on Human Rights (JCHR), which can be viewed in full here, outlines the problematic legal basis proposed for the scheme and explains how it could undermine the rights to privacy, freedom from discrimination, and the UK's obligations under the Geneva Convention.

The Bill states that an electronic travel authorisation (ETA) may be set up on the basis of regulations proposed by the Home Secretary, which would be approved by the affirmative resolution procedure. Such instruments may be the subject of debate in a Delegated Legislation Committee; they also require the assent of both houses if they are to become law.

However, it is not possible for MPs to make amendments to the proposed instrument and it is extremely rare for statutory instruments to be rejected. The submission to the JCHR argues that using this procedure to introduce an ETA scheme will not allow for the scrutiny and debate required, given the implications of such a scheme for the rights of tens of millions of foreign nationals

The right to a private and family life

The submission highlights that the government has not yet demonstrated the need for such a scheme - a vital first step if it is to meet the requirements of necessity and proportionality. If such a need can be demonstrated - a point that remains open to question - it must then be ensured that data processing does not go beyond the minimum necessary.

However, the affirmative resolution procedure outlined in Article 60 would not allow for meaningful parliamentary scrutiny and debate of the substance and functioning of the ETA scheme, granting significant discretion to the Home Office - the same department that deployed an algorithm that discriminated on the basis of nationality to process visa applications, and that plans a significant increase in data-sharing between the bodies and agencies of the Home Office and other government departments.

The right to freedom from discrimination

Travel authorisation systems generally make use of profiling tools in order to inform decision-making about a person’s eligibility to enter the territory. As noted above, the Home Office has previously used racist, discriminatory algorithms for processing visa applications. The submission argues that the type of scheme being proposed provides ample scope for similar techniques to be applied, pointing again to the need for greater scrutiny both of the legislation establishing such a system, and – should it be approved – how it functions in practice.

The introduction of an ETA may create a barrier to those needing to flee countries owing to well-founded fear of being persecuted for reasons of race, religion, nationality, membership of a particular social group or political opinion. Denial of an ETA to an individual needing to flee a country would compel them to undertake a more dangerous route, for example, by using the services of people smugglers.

The data-sharing involved in the travel authorisation system may in itself put a person at risk. Many such schemes involve cross-checking applicants’ data with Interpol’s databases on travel documents, which have been misused by states seeking to persecute their citizens abroad.

The submission highlights that the Bill would create a situation in which decision making on arrivals to the UK will be made by the same body, the Home Office, as the one establishing safeguards on the processing of biometric and personal data. This does not provide sufficient independence and risks jeopardising rights to freedom from discrimination and to a private and family life, and is therefore not compliant Articles 8 and 14 of the ECHR.

The submission argues that the Home Office cannot and should not be trusted with the sensitive personal data of tens of millions of people who do not currently require any form of travel authorisation to travel to the UK. At a very minimum, MPs must demand proper legislative scrutiny over the proposed system in order to ensure that safeguards, checks and balances are properly accounted for in order to ensure that human rights are fully respected and that it is compliant with the ECHR. 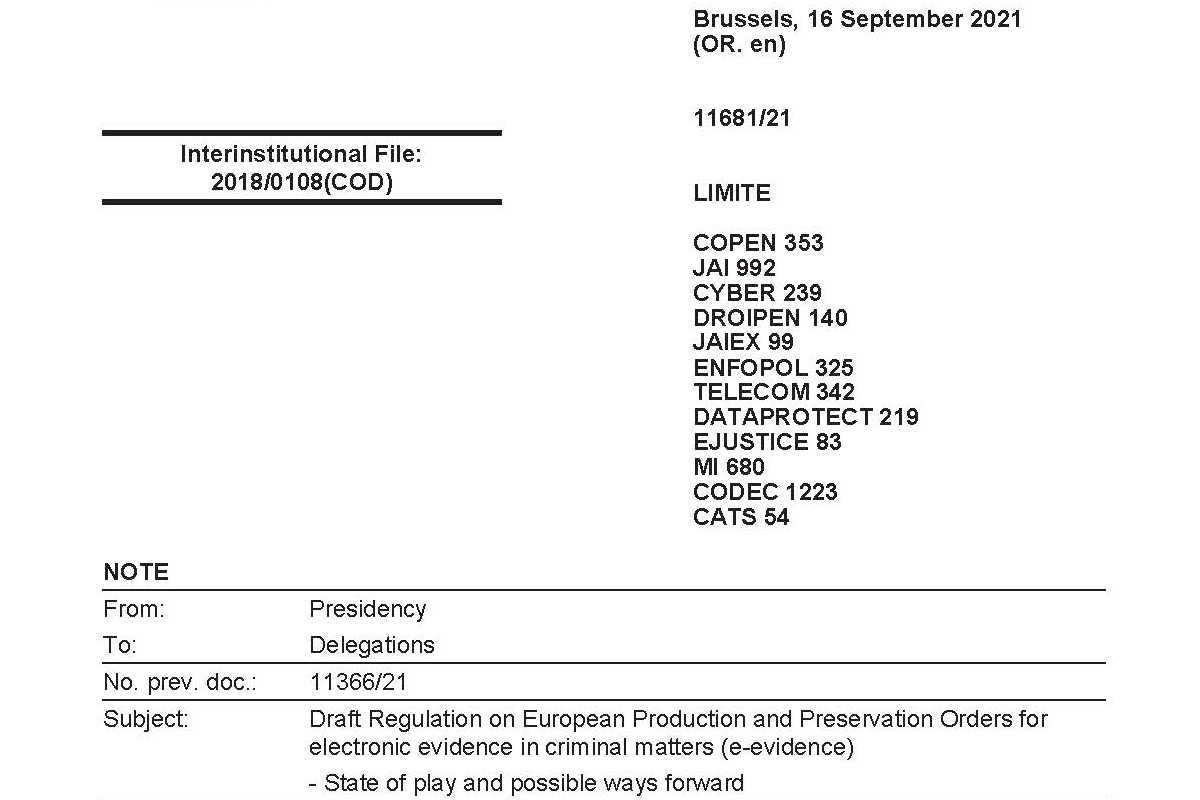