Official documents on: negotiations on the agreement on Gibraltar (including plans for Spain to undertake border controls, Spain-UK cooperation on asylum and deportations, Spanish control over issuing short-stay visas, and more); EU proposal for a possible "EU-UK CT [counter-terrorism] Dialogue"; EU notifications under the Trade and Cooperation Agreement on police data protection authorities. 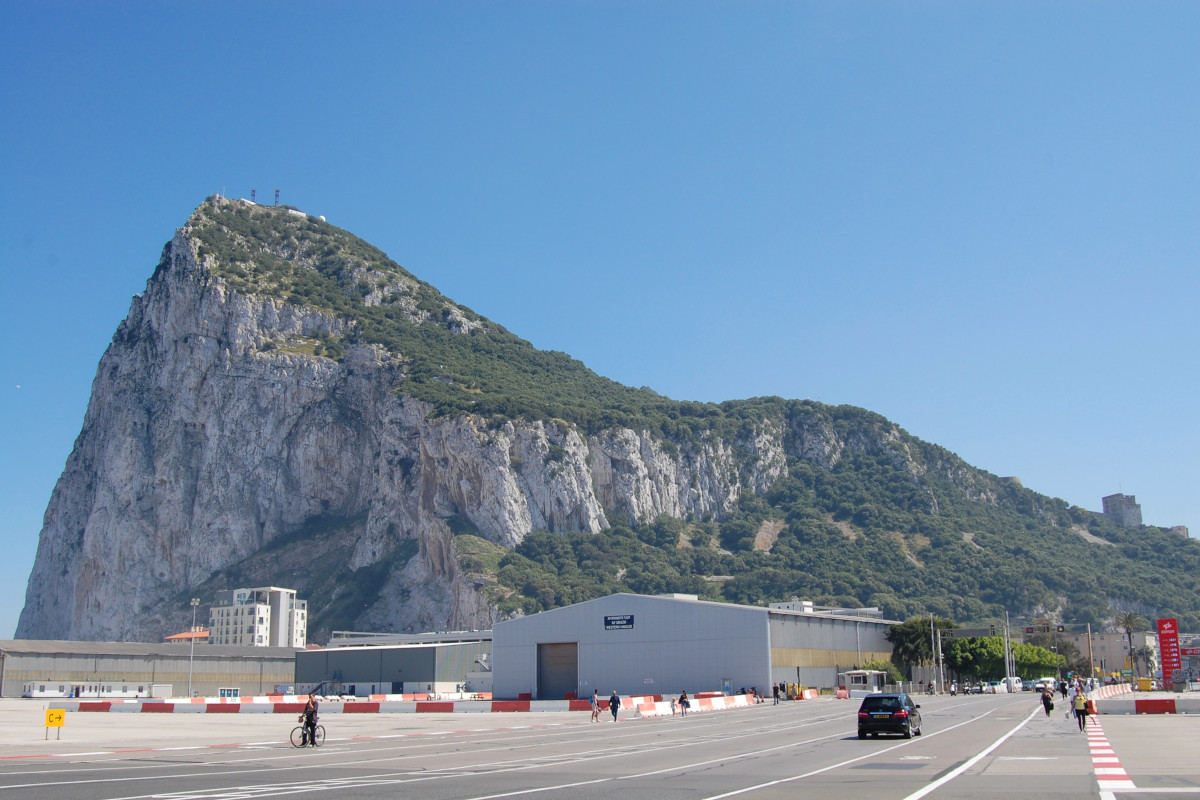 Following the presentation by the EEAS, delegation had an exchange of views on the substance of a possible EU-UK CT Dialogue. The issue will be further discuss in the UK Working Party."

COUNCIL DECISION (EU, Euratom) authorising the opening of negotiations for an agreement between the European Union and the European Atomic Energy Community, of the one part, and the United Kingdom of Great Britain and Northern Ireland, of the other part, in respect of Gibraltar (Council doc. 12178/21, LIMITE, 30 September 2021, pdf):

"The Commission is hereby authorised to negotiate an agreement with the United Kingdom of Great Britain and Northern Ireland in respect of the British Overseas Territory of Gibraltar."

The Decision was approved on Tuesday and the Commission is to negotiate in accordance with: Directives for the negotiation of an agreement with the United Kingdom of Great Britain and Northern Ireland in respect of Gibraltar (Council doc. 12178/21 ADD 1, LIMITE, 30 September 2021, pdf)

The Directives include the following (all emphasis added):

16. The envisaged agreement should provide that border controls in full compliance with the Schengen acquis are to be carried out by Spain; such border controls should consist of the performance by Spain of border checks on entry and exit at newly established Border Crossing Points at the airport and port of Gibraltar and the performance of border surveillance in the adjacent waters.

17. The envisaged agreement should provide that Spanish border guards have all necessary powers and obligations to carry out the border controls and surveillance, including with respect to refusal of entry, receipt of requests for international protection, arrest of a person and seizure of property and the application and use of IT systems, in line with the applicable Union legislation. In case follow up actions need to be taken, the agreement should provide for an obligation on the UK authorities in respect of Gibraltar to assist and facilitate the transfer of the person or object concerned to the authorities of Spain."

"e) Rules establishing that Spain, in cooperation with the UK, would be responsible for the examination of asylum applications submitted in Gibraltar in line with applicable Union law. Where necessary UK authorities in respect of Gibraltar would have to assist and facilitate the Spanish authorities in exercising their tasks, including with regard to fingerprinting of applicants for international protection and those apprehended while trying to cross the border irregularly for the purpose of the Eurodac system."

"f) Rules establishing an obligation for Spain, in cooperation with the UK, to return illegally staying third country nationals from the territory of Gibraltar, including at the border, and to take all necessary measures to enforce such returns in line with applicable Union law. Where necessary, UK authorities in respect of Gibraltar would have to assist and facilitate the Spanish authorities in exercising their tasks."

"j) The envisaged agreement should provide that Spain would be exclusively competent for issuing, on the basis of Union law, short-stay visas in respect of Gibraltar.

k) Rules providing that Spain would be sole competent to issue or renew long-stay visas valid for Gibraltar. Such long-stay visas may only be issued or renewed where the relevant conditions under law applicable in the territory of Gibraltar are fulfilled, which is to be determined by the UK authorities in respect of Gibraltar; Spain may refuse to issue or renew a visa on the basis of an alert in the Schengen Information System..."

"q) Rules obliging the UK in respect of Gibraltar to require PNR data in respect of all incoming flights to Gibraltar airport to be made available to the Spanish authorities in line with the PNR directive [Directive (EU) 2016/681]; to this end, the agreement should provide that for the purpose of the application of the PNR directive Gibraltar would not be considered as a territory of a third country."

"1. The cooperation provided for in this Part is based on the Parties' long-standing commitment to ensuring a high level of protection of personal data.

3. The United Kingdom, on the one side, and the Union, also on behalf of any of its Member States, on the other side, shall notify the Specialised Committee on Law Enforcement and Judicial Cooperation of the supervisory authorities responsible for overseeing the implementation of, and ensuring compliance with, data protection rules applicable to cooperation under this Part. The supervisory authorities shall cooperate to ensure compliance with this Part."

Recommendation for approval: Notification by the European Union made in accordance with the Trade and
Cooperation Agreement between the European Union and the European Atomic Energy Community, of the one part, and the United Kingdom of Great Britain and Northern Ireland, of the other part (Council doc. 11701/21, LIMITE, 4 October 2021, pdf) 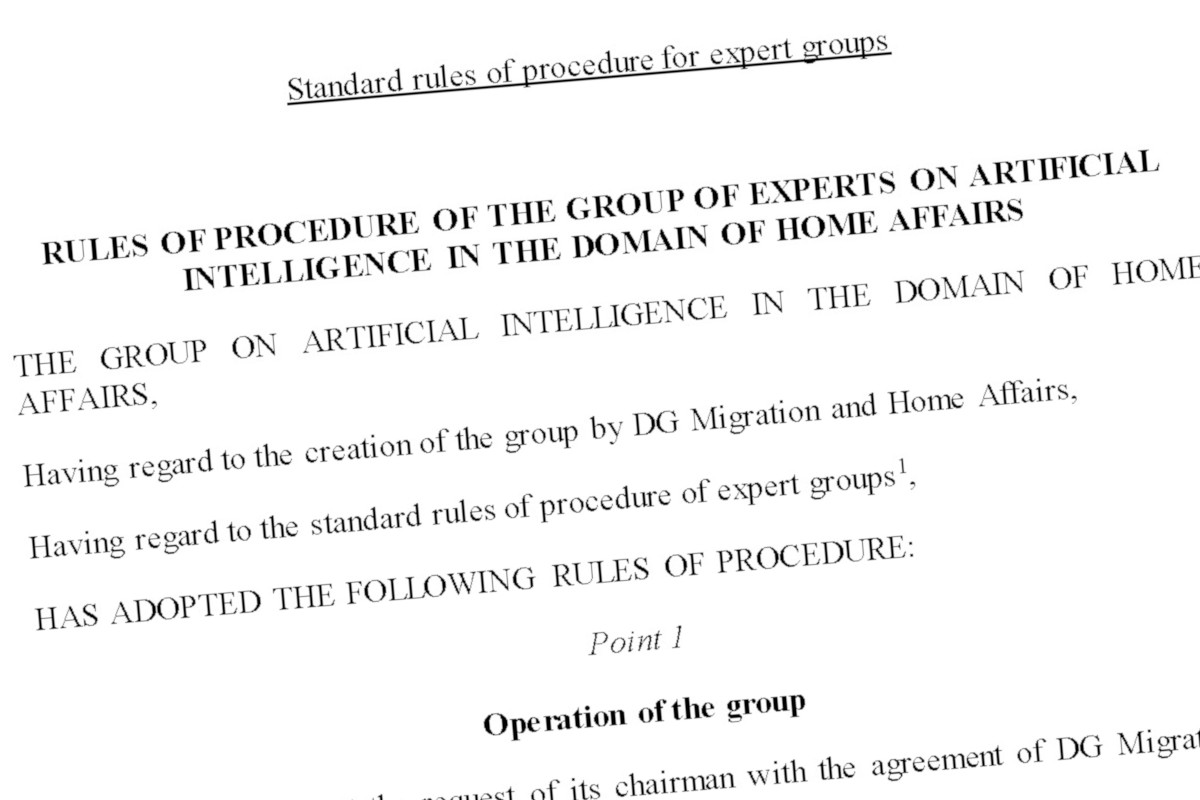