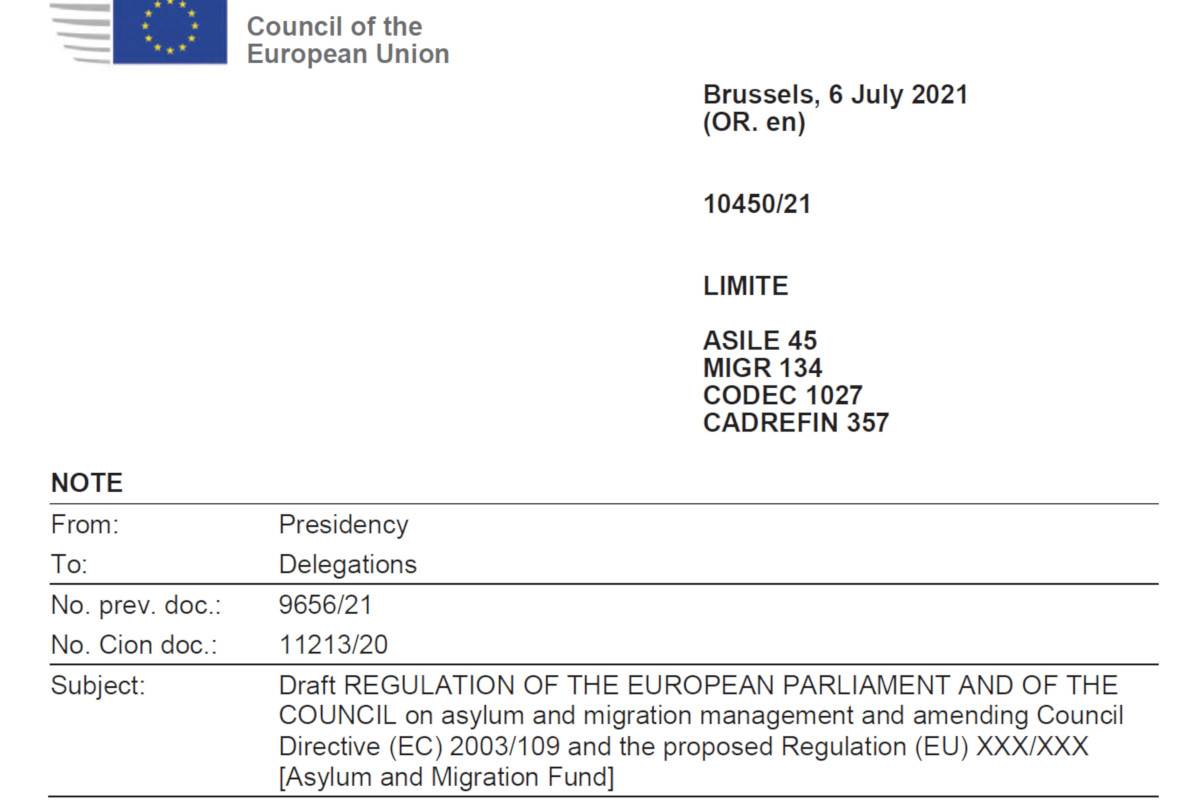 See: NOTE from: Presidency to: Delegations: Draft REGULATION OF THE EUROPEAN PARLIAMENT AND OF THE COUNCIL on asylum and migration management and amending Council Directive (EC) 2003/109 and the proposed Regulation (EU) XXX/XXX [Asylum and Migration Fund] (Council doc. 10450/21, LIMITE, 6 July 2021, pdf):

"3. The Presidency aims to continue examination of AMMR, starting with provisions of Part III - Criteria and mechanisms for determining the Member State responsible, in order to gain a broader picture of the whole proposal. In Annex to this document, delegations will find suggestions for modifications of Articles 1, 2 (points (a) to (q), (x) to (aa)) and 8 to 27, to be examined at the forthcoming informal meeting of the Asylum WP. Suggestions for modifications of Articles 28 to 44 will follow in due time.

4. The suggestions for modifications of Part III of AMMR are based on detailed examination of proposals and concerns stressed by Member States. As the Portuguese Presidency already noted in the presentation of its suggestions for modifications of the solidarity part of the AMMR at the informal meeting of the Asylum WP on 16 June 2021, there is a thin layer between technical and political issues. Considerations on a larger and more political scale are needed before addressing those issues in the AMMR text, taking into account the overall balance between responsibility and solidarity in the new Pact on Migration and Asylum as presented by the European Commission on 23 September 2020. Therefore, the Slovenian Presidency aims to continue the approach taken by the Portuguese Presidency. The attached compromise proposal thus aims at making progress at a technical level that the Presidency considers feasible for the time being, and which could contribute to the progress on the political issues at a later stage."