Italy: CIA kidnap Imam and hand him over to Egypt

UK: Youth deaths “a measure of our failure”

UK: The Prevention of Terrorism Act 2005

Comment: A stampede against justice - lawyer Gareth Peirce on the dangers of control orders 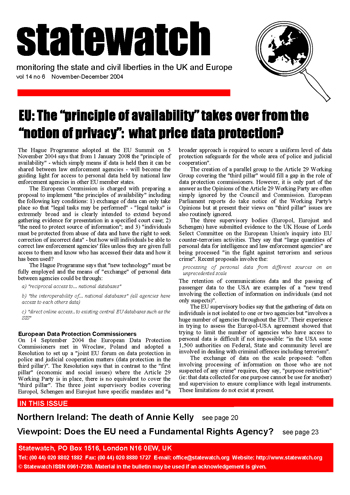