Workshop: Policing the crisis, policing as crisis: the problem(s) with Europol

We are hosting a workshop at Privacy Camp 2023 in Brussels.

Legal amendments approved in June 2022 gave substantial new powers to EU policing agency Europol, whose role is primarily based around the collection and processing of vast quantities of personal data. The amendments mean the agency can now process data on entirely innocent people, more easily receive and transmit personal data from non-EU states, and is responsible for developing algorithms and other new technologies for police forces across the EU. It has also been given a substantial number of new tasks, further extending its role in the coordination of police operations and activity in Europe.

Despite granting the agency extensive new powers, EU legislators lowered the safeguards applicable to the agency’s data processing, and reduced the possibilities for independent external oversight, in particular by the European Data Protection Supervisor (EDPS). There are fewer requirements for the agency to seek the EDPS’ opinion or approval for new data-processing operations, no need for legal agreements to be in place to authorise data transfers to non-EU states (including dictatorships such as Algeria and Egypt), and a new Fundamental Rights Officer will report directly to Europol’s Executive Director, severely limiting their independence. At the same time, the agency is currently facing two legal actions for data protection failings.

The new powers were justified on the grounds that Europe faces a security crisis, but for many the real crisis is policing itself: two-and-a-half years after the Black Lives Matter movement erupted around the world calling for fundamental changes to the way public safety is envisioned and enacted, governments have continued to grant new powers to the police. Yet those same institutions remain embroiled in accusations of systematic racism, sexism and other forms of discrimination, disturbing ties to the far-right remain in place, and activists continue to face police harassment, arrest and even criminal charges.

How does Europol fit into this scenario? What can be done to shed more light on the agency’s growing role and powers, and to incorporate that knowledge into critical narratives and campaigns on policing? What are some ways that we might seek to challenge those powers? This workshop will draw upon expertise and experience from academia, civil society and EU institutions to explore these questions.

Secrecy and the externalisation of EU migration control 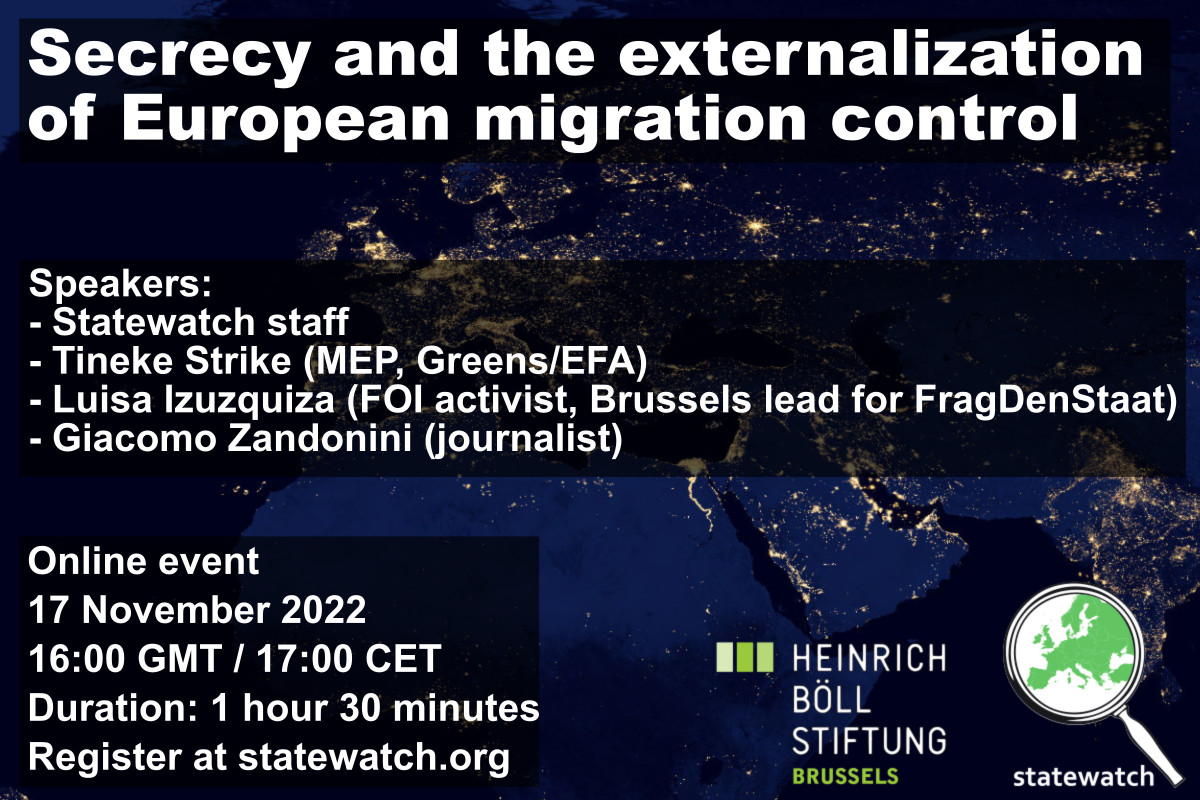