The text for the Regulation establishing a collaboration platform to support the functioning of Joint Investigation Teams, as provisionally-agreed during secret trilogues in December, and associated documents. 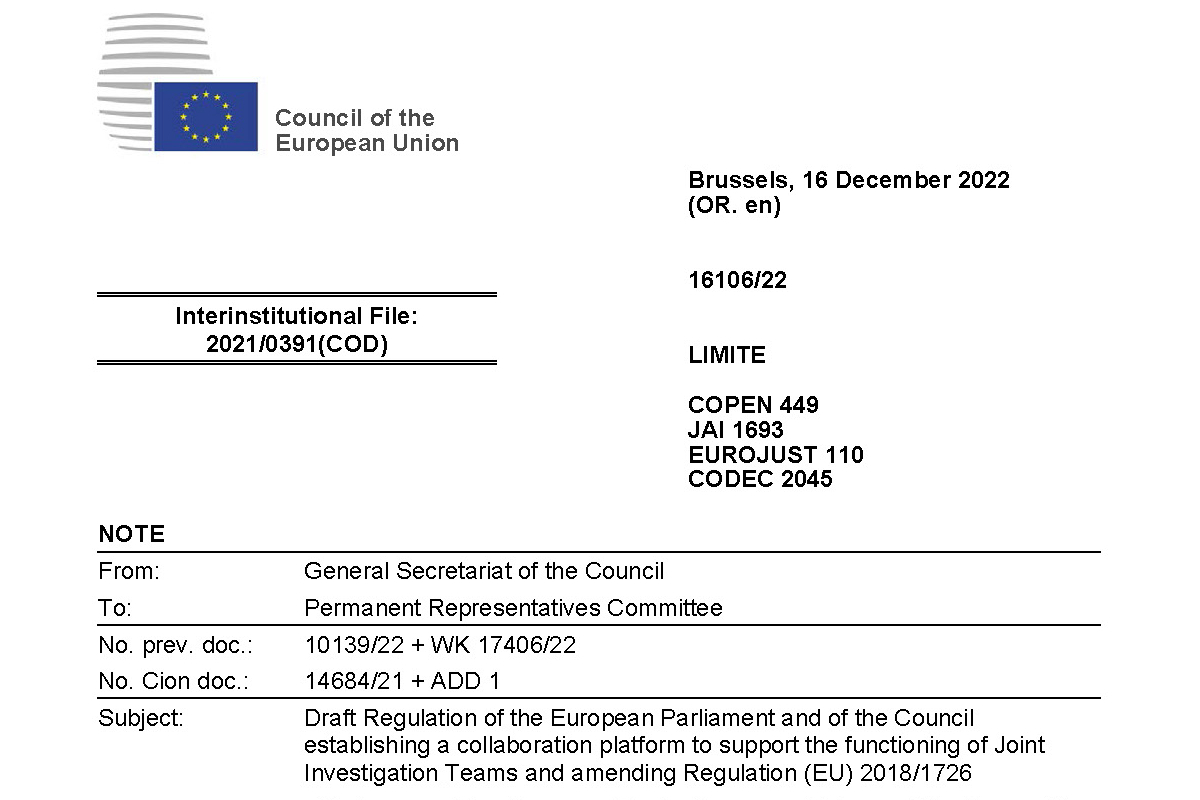 A note from the General Secretariat (pdf) sets out the overall purpose of the law:

"This draft Regulation, which is part of a series of proposals to promote the digitalisation of justice, has the specific objective of improving and making more efficient the functioning of Joint Investigation Teams (JITs) established, in particular, in accordance with Framework Decision 2002/465/JAI2, through the creation of a collaboration platform accessible to all members of the JITs as well as to other stakeholders. To this end, the draft Regulation sets out the rules for access to and for the functioning of the collaboration platform."

It also explains the process prior to sending the text to COREPER for approval. The proposal was on the agenda for COREPER's meeting on 20 December (pdf). The EU's justice and home affairs database agency, eu-Lisa, will be responsible for setting up and maintaining the new platform.

The text of the Regulation: Draft Regulation of the European Parliament and of the Council establishing a collaboration platform to support the functioning of Joint Investigation Teams and amending Regulation (EU) 2018/1726 - Text as provisionally agreed during the second trilogue (Strasbourg, 13 December 2022) (Council doc. 16106/22, LIMITE, 16 December 2022, pdf):

At the second trilogue, on 13 December 2022, the negotiating parties reached provisional agreement on the text set out in the Annex.

Prior to adoption by the European Parliament and the Council, lawyer-linguists from both institutions will be invited to revise the text from a lawyer-linguist point of view."

And the corrigendum: COR 1 (pdf) 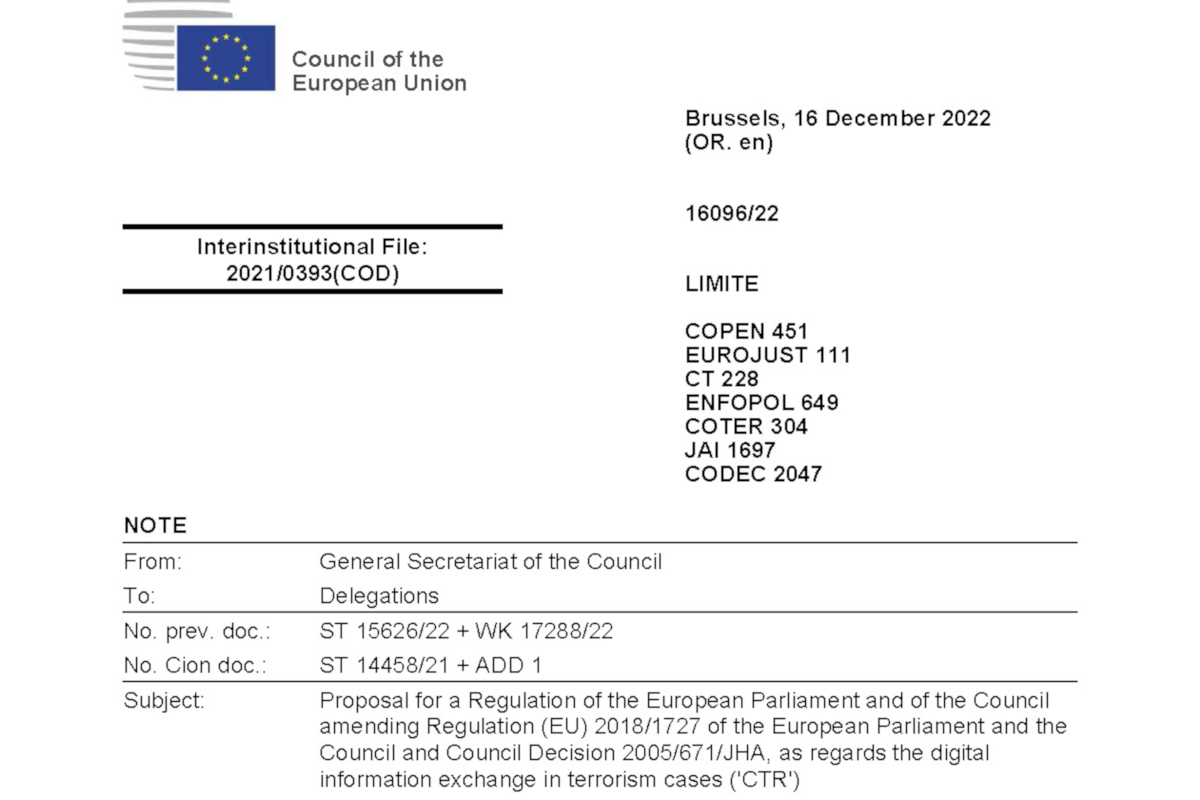