Press release published by the UN Independent Fact-Finding Mission on Libya, along with the Mission's full report and statements from a press conference on 4 October. 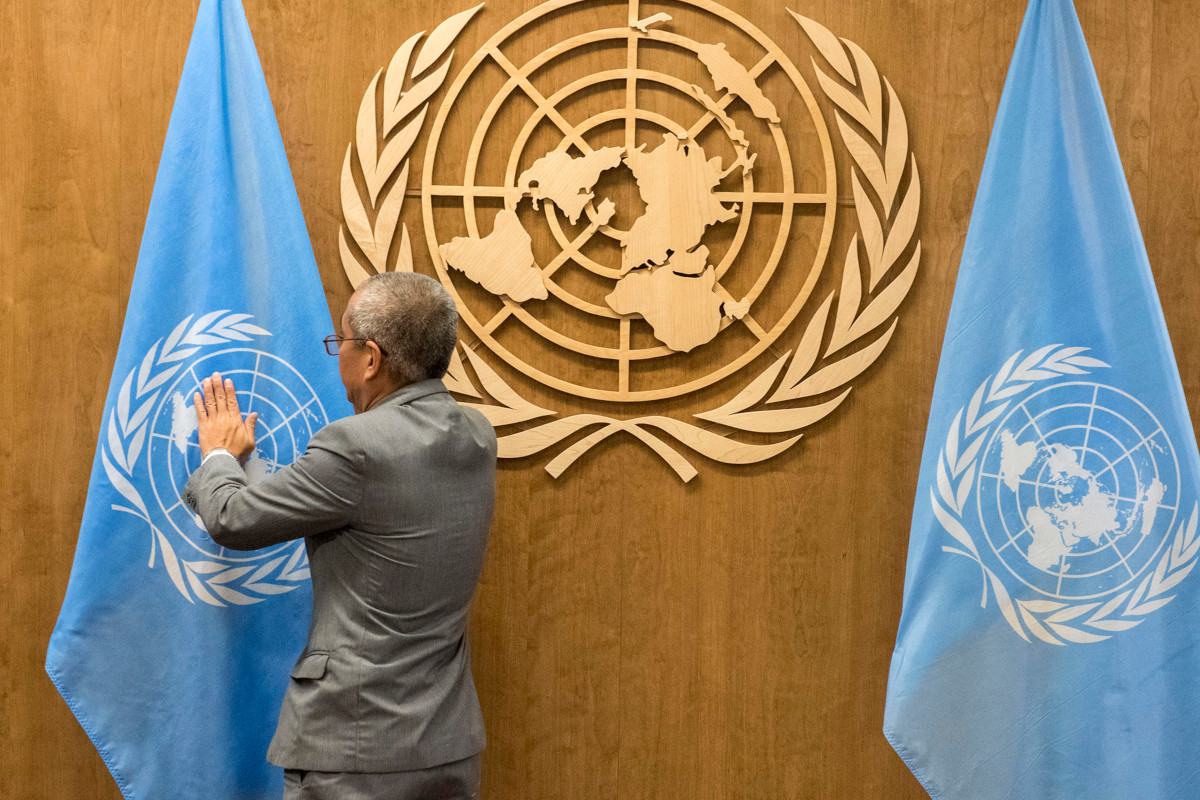 GENEVA (4 October 2021) –  There are reasonable grounds to believe that war crimes have been committed in Libya, while violence perpetrated in prisons and against migrants there may amount to crimes against humanity, the Independent Fact-Finding Mission on Libya says in a report published today.

“Our investigations have established that all parties to the conflicts, including third States, foreign fighters and mercenaries, have violated international humanitarian law, in particular the principles of proportionality and distinction, and some have also committed war crimes,” said Mohamed Auajjar, Chair of the Fact-Finding Mission.

The Fact-Finding Mission, which is comprised of Aujjar and fellow human rights experts Chaloka Beyani and Tracy Robinson, gathered and reviewed hundreds of documents, interviewed more than 150 individuals and conducted investigations in Libya, Tunisia and Italy.

The focus of their work included the conduct of the parties to the armed conflicts that have taken place across Libya since 2016. The violence has had a dramatic impact on Libyans’ economic, social and cultural rights, as evidenced by attacks on hospitals and schools.

“Civilians paid a heavy price during the 2019-2020 hostilities in Tripoli, as well as during other armed confrontations in the country since 2016. Airstrikes have killed dozens of families. The destruction of health-related facilities has impacted access to health care and anti-personnel mines left by mercenaries in residential areas have killed and maimed civilians,” said Auajjar.

The Fact-Finding Mission also examined violations in the context of deprivation of liberty and documented the situation of internally displaced people as well as that of migrants, refugees and asylum-seekers.

“Migrants, asylum-seekers and refugees are subjected to a litany of abuses at sea, in detention centres and at the hands of traffickers,” said Chaloka Beyani. “Our investigations indicate that violations against migrants are committed on a widespread scale by State and non-State actors, with a high level of organization and with the encouragement of the State - all of which is suggestive of crimes against humanity.”

The Fact-Finding Mission also found evidence of disturbing patterns of violence committed in Libyan prisons, with detainees tortured on a daily basis and their families prevented from visiting.

“Arbitrary detention in secret prisons and unbearable conditions of detention are widely used by the State and militias against anyone perceived to be a threat to their interests or views,” said Tracy Robinson. “Violence in Libyan prisons is committed on such a scale and with such a level of organization that it may also potentially amount to crimes against humanity.”

The chronic insecurity in Libya has led to the internal displacement of hundreds of thousands of people who have ended up in areas ill-equipped to accommodate large population movements. Some ethnic groups, such as the Tawerghas, the Tebus and the Alahali, have been displaced since 2011 and continue facing severe abuses.  The evidence indicates that Libya has failed to take action to ensure the safety of internally displaced persons and their return to their place of origin, in breach of its obligations under international law.

The Fact-Finding Mission’s report also documents the recruitment and direct participation of children in hostilities, the enforced disappearance and extrajudicial killings of prominent women and continuing sexual and other forms of violence against vulnerable populations, including LGBTQI persons. The Mission further paid particular attention to the allegations of atrocity crimes committed in the town of Tarhuna (southeast of Tripoli) between 2016 and 2020.

With the recent installation of the Government of National Unity, Libya has entered a phase of national dialogue and unification of State institutions. The Libyan judicial authorities are also investigating most of the cases documented in the Fact-Finding Mission’s report. However, the process of holding perpetrators of violations and abuses accountable faces significant challenges.

The Fact-Finding Mission has identified individuals and groups (both Libyans and foreign actors) who may bear responsibility for the violations, abuses and crimes committed in Libya since 2016 and this confidential list will remain so, until the need arises for its publication or sharing with other accountability mechanisms.

“As Libyans strive to secure peace, ensuring accountability for gross human rights violations and international crimes committed in the country is more necessary than ever to deter further violations and promote long-term peace and reconciliation,” said Auajjar. “We urge Libya to intensify its efforts to hold those responsible to account. It is also essential that the international community continues to provide support to the Libyan judicial authorities.”

Noting that a comprehensive human rights investigation is an effective tool to foster accountability and promote long-term peace and security, the report recommends that the Human Rights Council extend the Fact-Finding Mission’s mandate for a further year.

The report will be presented to the UN Human Right Council on Thursday, 7 October.

The Fact-Finding Mission was established by the Human Rights Council in June 2020 through resolution 43/39 with a one-year mandate to investigate alleged violations and abuses of international human rights law and international humanitarian law committed in Libya since 2016.

More information about the FFM Libya can be found here:

EU: Tracking the Pact: Latest draft of the "solidarity" text in the Asylum and Migration Management Regulation 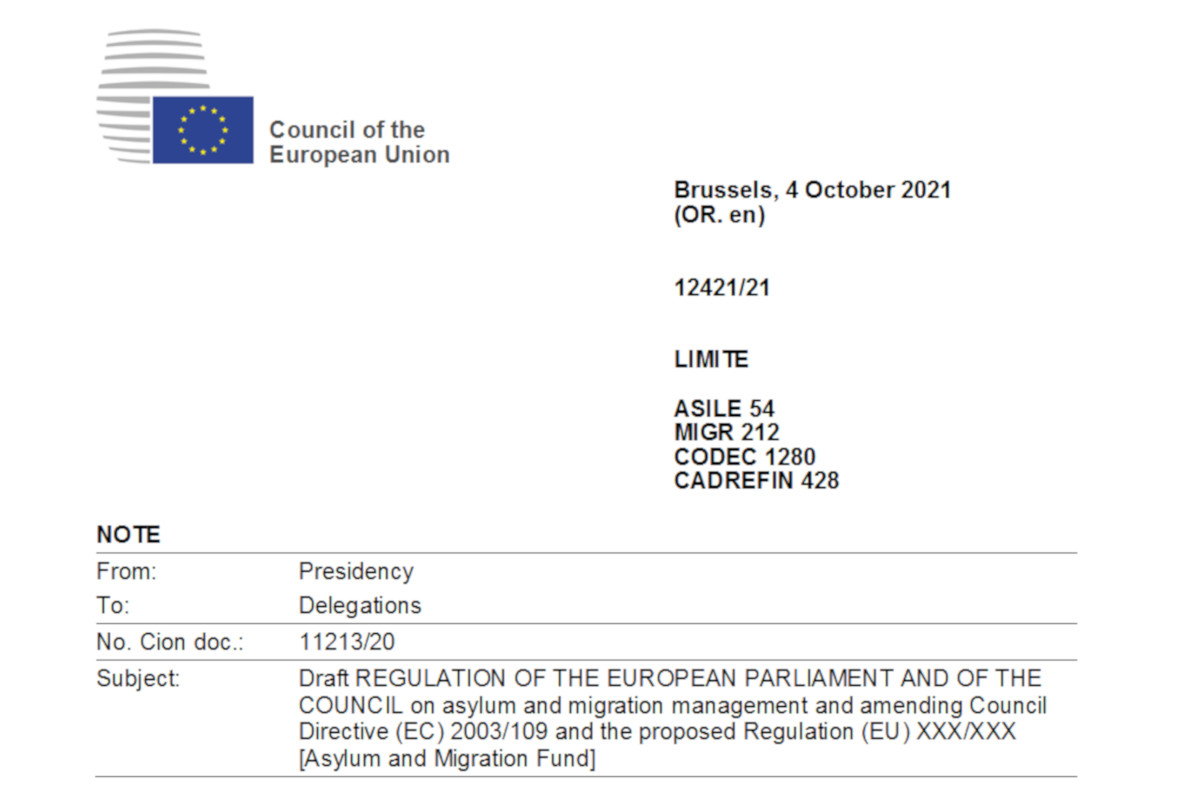