Cyprus: 37 organisations call for the reinstatement of anti-racist NGO

An open letter signed by 37 organisations, including Statewatch, denounces the ongoing harassment of KISA and calls on the Cypriot authorities to reinstate their official registration as a non-governmental organisation (NGO). 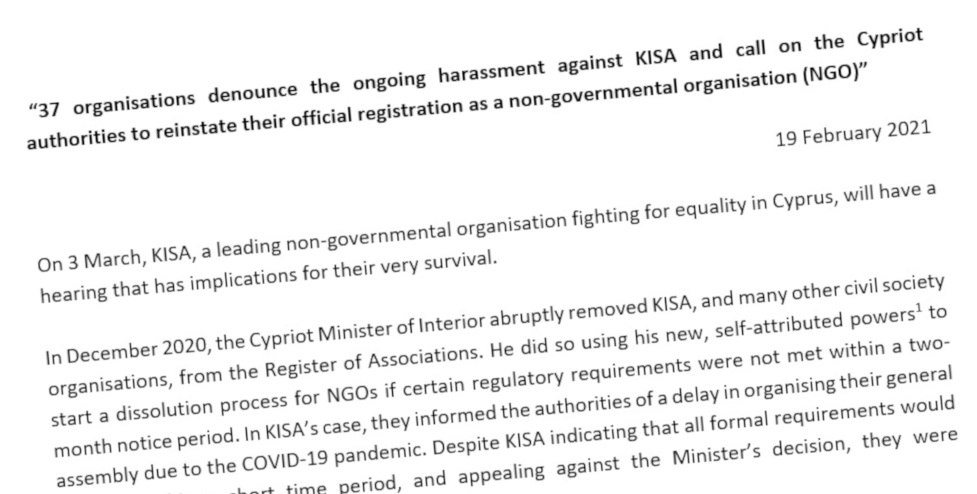 Full-text of the open letter:

On 3 March, KISA, a leading non-governmental organisation fighting for equality in Cyprus, will have a hearing that has implications for their very survival.

In December 2020, the Cypriot Minister of Interior abruptly removed KISA, and many other civil society organisations, from the Register of Associations. He did so using his new, self-attributed powers[1] to start a dissolution process for NGOs if certain regulatory requirements were not met within a two-month notice period. In KISA’s case, they informed the authorities of a delay in organising their general assembly due to the COVID-19 pandemic. Despite KISA indicating that all formal requirements would be met within a short time period, and appealing against the Minister’s decision, they were nonetheless deleted from the Register of Associations.

This is just the latest move in a long campaign to discredit and silence independent voices in Cyprus, in particular KISA, and ultimately attack the foundations of democratic pluralism. The trend of shrinking civic space seems to be dangerously spreading all across the region. For example, in November 2019, Greece proposed worrying amendments to the Greek legislation on NGO registration engaged in activities related to asylum, migration, and social inclusion. On 27 December 2020, the Turkish Parliament approved legislation further restricting NGOs and civil society activities under the guise of countering terrorism.

On 3 March 2021, the Cypriot administrative court will review KISA’s appeal against the decision to remove the organisation from the Register of Associations, through an expedited procedure. If the removal of KISA from the register is confirmed and the procedure for dissolution completed, people in extreme situations of vulnerability will stop receiving crucial help , and Cypriot democracy will lose one of its leading independent voices.

KISA has in the meantime submitted to the Registrar of Associations all formal requirements of the Law, namely its audited accounts for 2019, the amended statutes and the names of the new Steering Committee, with their positions and contact details.

As KISA is fighting this decision before the national courts, civil society organisations from across Europe have raised their voices in solidarity. This is not the first attempt to silence the organisation: over its 22 years of existence, KISA has been the target[2] of defamation campaigns, intimidation, and even criminal prosecutions against its Executive Director, Doros Polykarpou.[3]

In order to promote a conducive environment for independent civil society and solidarity with migrants and refugees and remove restrictions to civil society’s space, the undersigned organisations call upon the following authorities to:

The Cypriot government and President of the Parliament to:

The European Union to: 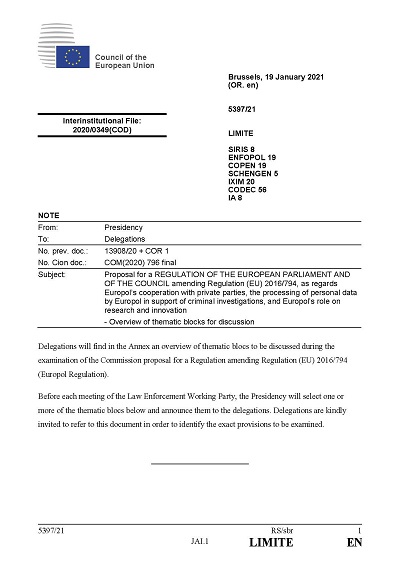